Veil of Secrecy Defeats Friends to All Enemy to None Policy 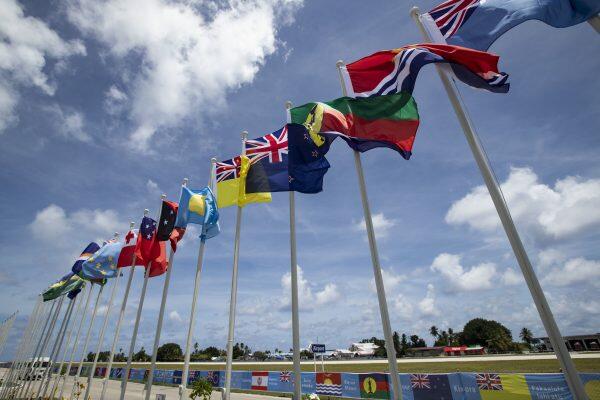 For now, it seems clear that despite any assurances he may want to give, it is clear to our friends in the region who have stood with us for a very long time that there is no longer a preferred security partner.
Source: File: RNZ
By Samson Sade
Share
Wednesday, 30 March 2022 10:34 AM

The government has been quick to point to its foreign policy of ‘friends to all, enemy to none’ to explain its ongoing efforts to expand and diversify partners in the national security space.

Prime Minister Manasseh Sogavare insists that the security challenges facing the country is such that the country must diversify its bilateral partnerships, saying that it is in the country’s national interest.

This imminent threat is not known, as the Prime Minister did not expand on the threats, or perceived threats, warranting such a switch in approach.

Addressing soft and hard threats, particularly in the context of Solomon Islands, does not need an external military, external meaning outside of the Pacific Islands region. Our Pacific family has shown that they are capable of quelling any public disorder.

The Prime Minister seem to indicate that perhaps what is of concern, and now addressed by the security agreement with China, is the protection of Chinese infrastructure gifted to Solomon Islands. This includes the Pacific Games 2023 infrastructure, where, as he seems to imply, were left exposed during the recent riots – and only the brave actions of security guards saved it from being burnt to the ground.

Questions the government should ask itself is why would a ‘grateful population’ target such infrastructure? What does that say about our relationship with China and the way in which it was forged?

Or is it simply thuggish opportunists? And we are reading too much into it? This is perhaps the first time in our history that a bilateral partner would have to guard its ‘gifts’ to the country, in this case infrastructure facilities for the Pacific Games.

For now, it seems clear that despite any assurances he may want to give, it is clear to our friends in the region who have stood with us for a very long time that there is no longer a preferred security partner, but a collection of partners.

Third party could be taken to mean regional partners and friends, or even the general public. The former is perhaps more crucial, as this change in approach defeats the whole friends to all enemy to none policy. Friends do not keep secrets, this new agreement with China promotes secrecy, which will offend or make our regional friends uncomfortable.

Perhaps of solace is the fact that the leaked security agreement with China was in its draft form. But there is no telling whether it was watered down, because this veil of secrecy cannot be lifted - because that seems to be the spirit in which the agreement was drafted.