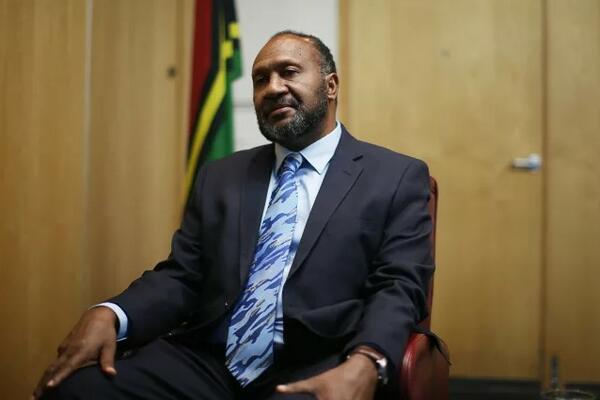 In suspending the jail sentence, Justice Andree Wiltens said Salwai had contributed a lot to the development of Vanuatu during his 18-year parliamentary career.
Source: Vila Times
Share
Thursday, 04 February 2021 10:12 AM

Vanuatu's former prime minister, Charles Salawi, has been handed a suspended jail sentence after being found guilty of perjury.

Charlot Salwai was sentenced to two years and three months in jail after he misled the Supreme Court about the decision to create parliamentary secretary positions when in government in 2016.

The sentence was suspended but he will have to vacate his seat in Parliament. Salwai is yet to indicate if he will appeal against the sentence.

In 2019, the then-opposition went to court to challenge the creation of the parliamentary secretary positions arguing the move was illegal because Vanuatu's constitution sets a limit on the number of ministers in government.

The Supreme Court found Salwai provided untrue information during that legal challenge, in a sworn statement that said the move to create the positions had been approved by the Council of Ministers, or cabinet, when it had not.

In suspending the jail sentence, Justice Andree Wiltens said Salwai had contributed a lot to the development of Vanuatu during his 18-year parliamentary career.

Local journalist Dan McGarry said the latest sentence would reinforce the view among many in Vanuatu that politics was inherently corrupt.

"We've seen a substantial percentage of our members of Parliament facing the wrong side of a criminal trial over the years," he said.

"It's breeding a kind of acquiescence in the face of continuing corruption."

Mr McGarry said many people had great expectations of Salwai when he became prime minister in 2016, following a bribery scandal that involved 14 MPs, including another former Prime Minster, Moana Carcasses.

The Supreme Court found Carcasses had made illegal payments amounting to 35 million Vatu ($452,000) to his fellow MPs when they were in opposition.
.
"He was part of a reform movement in what was widely seen to be a government of stability that took administration seriously," Mr McGarry said.

"So it's unfortunate that his career has ended this way because he was seen as an able administrator, as somebody who cared about policy and somebody who got things done."

After national elections in early 2020, Salwai was replaced as prime minister by veteran politician Bob Loughman, who led a new coalition government. He was re-elected as the MP for the Pentecost Constituency — a seat he had held since 2002.