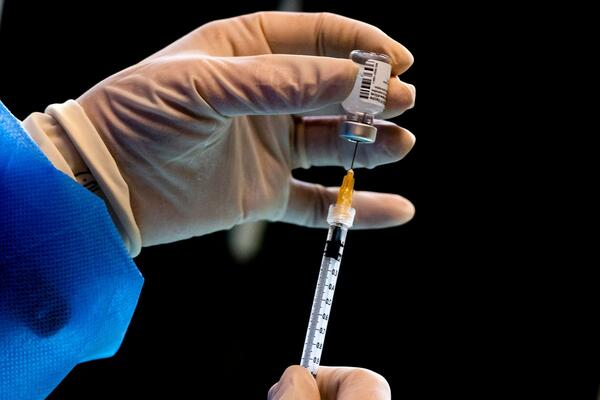 Several sources complain that the government was pressured by China to accept the donation of the Sinopharm vaccine well ahead of approval for emergency use by the WHO.
Source: File: JPT
By Samson Sade
Share
Friday, 23 April 2021 08:57 AM

The hastily prepared press statement released by the ministry of health this week shows something is amiss. What the Prime Minister has been saying seems clear, that the Solomon Islands will wait for the approval of the Sinopharm vaccine by the World Health Organization (WHO) before it will be administered to the public.

It is now clear that what the health advisor is saying is that the technical committee will look at various options should there be community spread, seeing that the Sinopharm vaccine is already in the country.

What is missing in the discussion is our country’s due processes when approving vaccines for public use, those donated or otherwise. A well-placed source says no vaccine should get into any country without some authorization by the National regulatory authority.

For Solomon Islands the closest we have is the National Therapeutic Committee (NTC), who, to this day, has not approved the Sinopharm vaccine. Reliance on WHO’s process is very important for many developing countries in the world. Solomon Islands is no different, we simply do not have the technical capacity to do any assessment.

When such processes are sidelined than other factors are at play. Vaccine diplomacy is defined as "the use of vaccines to improve a country's diplomatic relationship and influence of other countries. Although primary discussed in the context of the supply of COVID-19 vaccines, it also played a part in the distribution of the smallpox vaccine."

Several sources complain that the government was pressured by China to accept the donation of the Sinopharm vaccine well ahead of approval for emergency use by the WHO. Refusing such an overture would be un-Melanesian and considered rude even if it means sacrificing our very own laws and regulations in the process.

The Sinopharm vaccine will likely get the seal of approval from WHO soon. Alejandro Cravioto, Chair of WHO’s Strategic Advisory Group of Experts (SAGE) told Reuters recently that Chinese vaccine makers Sinovac and Sinopharm have presented data on their Covid-19 vaccines indicating levels of efficacy that would be compatible with those required by the WHO. He further said that WHO hopes to issue recommendations on the vaccines by the end of April.

Dr Ibrahim Dadari of the UNICEF office in Honiara stated in a recent talkback show on the national broadcaster (SIBC) that the national government’s reasoning is basically one of shortage and scarcity.

“People need to understand that globally there is vaccine scarcity. A lot of countries are competing to get these vaccines. Therefore, the government in its own strategy and wisdom decided that we stock-up on the vaccine and roll it out as soon as it gets the approval,” Dr Dadari said.

Dr Dadari is a member of the COVID-19 technical committee.

Whether the arrangement to bring in Sinopharm is truly driven by strategy and wisdom remains to be seen. Perhaps the winner at the end of the day is China. The provision of vaccine amongst other forms of COVID-19 related support probably serves to strengthen the strategic China-Solomon Islands relations in the Pacific.

George Kosui of the Office of the Leader of Opposition said that they were not briefed or privy to any information pertaining to the Sinopharm consignment. “Like everyone else, we are also asking the same question – why accept the Sinopharm delivery when it is not even approved by the WHO,” he said.

Attempts to get comments from the Prime Minister’s Office were unsuccessful.