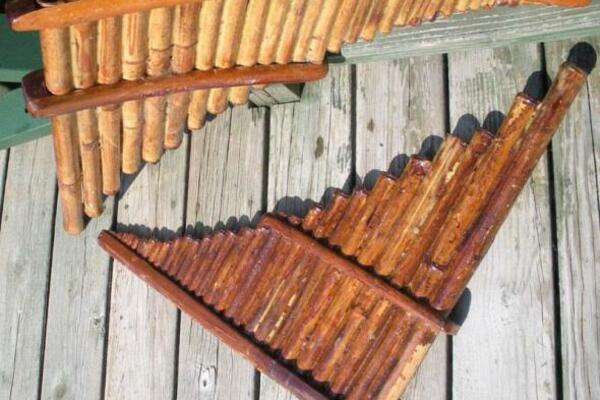 The Solomon Islands Masina Pan Pipers is probably one of the oldest surviving music groups in Fiji even though they have not officially released an album nor gained popularity like our mainstream music acts in the country.

Masina Pan Pipers' group leader Tony Hiriasie said the group is formed by a loose association of students from his island home of Malaita but that it has always been in existence.

One important aspect about the group is that it is made up of Solomon islanders who hail from the southern part of Malaita and are known as the Are'are people.

There is a bit of history behind the name of the group and something which many Solomon islanders have come to identify with, in a patriotic sense.

"It's a term in our dialect which means brotherhood. The term was made popular during the 1950s, there was a kind of uprising back home in the Solomons, against the colonial government. The different ethnic groups formed a kind of an organisation to revolt against the colonial government at that time. They use the term Masina which means brotherhood.

"And then the term seems to stay on for now and we use it to describe the same spirit," Hiriasie said.

These Are'are students in USP have formed a student sub group to the main Solomon Islands Students Association and called it the Masina Student Association, where they keep traditional cultural values like pan piping alive.

"So that's what they refer to the ethnic group, that is the actual name, Are'are. Our culture is different from those in Central Malaita and those on the northern part.

"You will find some other kind of panpipe music in the other parts like the Western Province and Guadalcanal.

"So we have other various forms of traditional pan pipe music in those areas, but when we talk about the contemporary one, we can only say that it started from Are'are," Hiriasie said.

The Are'are people are so proficient in the art of pan piping that prolific Swiss ethnomusicologist Hugo Zemp immortalised their pan pipe music by writing about it and recording it.

Some of the music he recorded from his Solomon Islands visit was later released by UNESCO as part of their Musical Sources collection.

The group don't know who exactly introduced the western music and keys to the Are'are pan pipe concept.

"And then they also put it together like the modern music, they have the different parts like the tenor, the alto and all these so they cut the pan pipe to those different parts of the music. It's a modified kind of music from the traditional one," he added.

Hiriasie said because of this musical history and the natural artistic gift the Are'are people have for pan pipe music, the Masina Pan Pipers have been able to to survive this long.

"You will find among the Are'are that it's common for anyone to pick up the pan pipe and blow it, anyone can come and play the pan pipe or new boys come and they continue with the traditions, the others leave and the new ones come in."

The current members of the Masina Pan Pipers have been studying at USP for the last two years. They have managed to combine into a group which is now popular among the students themselves as well as other regional organisations.

"A lot of times they participated in fundraisings held outside and even during events held by different organisations like the Pacific Island Forum and we have also been invited to a few other occasions.

"And we also performed for our High Commission here in Fiji and also at events held by USP," Hiriasie said.

The groups last gig was last Monday when they performed at the opening ceremony of the inaugural Pacific Islands Development Forum that was held in Nadi.

Apart from helping to keep their culture alive, the Masina Pan Pipers have also helped shaped the characters of its members, most of whom are young men in their early 20s and are on their way to starting their lives.

"It's very good, you find that its some kind of uniting force, it holds together our boys, especially (since) they group together to practice, so it develops a kind of social bonding and a kind of responsibility. It's like they become ambassadors, showcasing our music outside the country, they have taken that kind of responsibility now, they know and so they have been going out.

"Sometimes they adjust to fit into different cultures. One thing we have to adjust is the dressing while they are performing, because back at home we used to do it with Kabilato, which means performers have to be half naked, but when we move among others outside, we use the sulu (waist cloth) so we adjust to fit into other cultures outside," Hiriasie said.