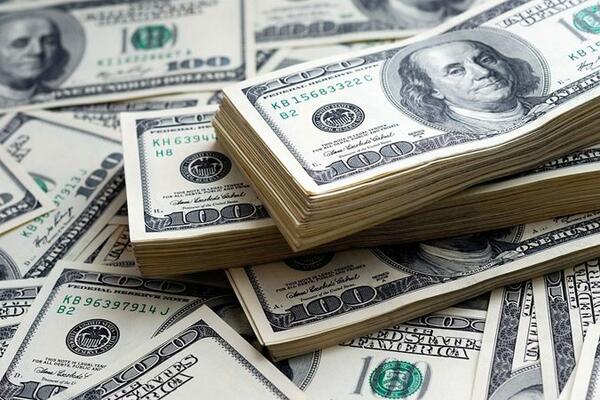 Peter Kenilorea Jr, a Solomon Islands opposition member of parliament who used to head up the country’s foreign affairs department, said the idea of the loan is a fantasy.
Source: TheIndustrySpread.com
Share
Monday, 24 February 2020 07:48 AM

A Chinese businessman has floated a USD$100 billion loan offer to the tiny Pacific island nation of Solomon Islands, a report said.

The offer has raised concern over China’s major power grab in the region, especially since the funds represent an amount of money that is nearly 70 times the gross domestic product (GDP) of Solomon Islands.

The news comes five months after Solomon Islands switched its diplomatic allegiance to China and severed ties with Taiwan.

Geostrategy-Direct.com reported in August 2019 that the United States has long held sway over the South Pacific region, but analysts say China is now seeking to use its economic clout as a cudgel to beat the nations into submission.

China “is increasingly viewing the Pacific islands as critically important toward complicating U.S. military intervention in a Taiwan, South China Sea or East China Sea contingency,” senior defense analyst Derek Grossman said. “As a result, in recent years we have seen Beijing focusing on the Pacific through diplomatic and economic means, mainly through the Belt and Road Initiative, to further ingratiate itself with Pacific island countries.”

ABC News first reported the loan based on documents leaked to the network.

Solomon Islands Finance Minister Harry Kuma has confirmed that the leaked documents showing him in discussions about a possible loan are authentic.

“Yes, the letters are real,” he told the ABC. “I am, however, disappointed that I have not received an [advice] on the proposal from my officers when the matter was put on trial in the media.”

Officials noted that Solomon Islands, with a gross domestic product of USD$1.3 billion, could not possibly pay back the loan.

Peter Kenilorea Jr, a Solomon Islands opposition member of parliament who used to head up the country’s foreign affairs department, said the idea of the loan is a fantasy.

“Something like this for me is not serious at all and it doesn’t warrant the time of the day to spend over-assessing something as fantastical as a $US100 billion loan,” Kenilorea told ABC.

The documents leaked to ABC News included a letter dated Nov. 28, 2019 in which Kuma wrote to businessman Terry Wong in Beijing regarding a “potential grant/loan to Solomon Islands.”

“I have been advised by your representative in the Solomon Islands in respect to the potential funding that can be made … my ministry is interested in officially opening dialogue to investigate this proposal further in detail,” Kuma wrote.

A letter dated Dec. 4, 2019 and signed by Terry Wong replies: “I note receipt of your letter … accepting in principle our brokerage and consultancy charges payable upon successful completion of transfer of 100 billion U.S. dollars.”

A letter of offer from Wong says there would be no restrictions on how the loan would be used but suggests infrastructure, healthcare and education among a long list.
The letter doesn’t state the loan’s interest rate — it’s yet “to be determined” — but it would be equal to the average national cash deposit rate in the Solomons, the ABC News report said.

The letter says the loan’s duration is 20 years, though it is subject to negotiation.
In his letter, Wong indicates he heads a consortium of “consultants, agents and funds managers” and that he was the “exclusive authorized broker” for the loan.

In a second letter from Kuma, he tells Wong that he accepts his offer of an 11 percent brokerage fee in principle. In dollar terms the fee would work out to $11 billion.
In an email to ABC, Kuma confirmed his ministry was assessing Wong’s proposal.

“There are several concessional loan proposals that have been offered on the table from all development partners including China,” Kuma said, adding that several Chinese businesses had offered loans, not just Wong.

ABC News said the leaked documents also include three proposals about how the money could be used — to invest in either U.S. Treasury Bills, or a Certificate of Deposit, or thirdly, a diversified blue-chip investment portfolio. The interest earned would be used to repay the loan and support the national budget.

In his letter, Wong suggests the Solomon Islands should act “promptly,” because other nations are also applying for the same finances.