US Embassy in PNG Awaits Result of Investigations into Bomb Explosion 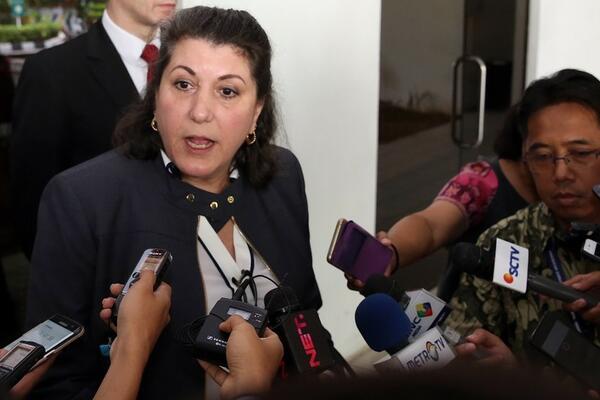 The U.S. Embassy in Port Moresby, Papua New Guinea, is awaiting the outcome of the report into the explosion that killed two bomb specialists in Tasahe, West Honiara.

Ambassador Erin McKee says that the United States has a longstanding commitment to helping the Solomon Islands address UXO contamination and Sunday’s tragic loss of life does not alter that promise.

“The United States will await the results of the ongoing Royal Solomon Island Police Force investigation and stands by to offer our support if needed.

“Following conclusion of the RSIPF investigation and independent of any further action they may pursue, the U.S. government will work with Norwegian People’s Aid, which will conduct its own investigation, to determine if any specific violations of the U.S. government grant terms and conditions occurred, and if so, hold them accountable for such,” Ambassador McKee said.

“Our commitment to the success of Solomon Islands is unwavering and we will continue to build an environment that promotes partnership, not rivalry; prosperity, not dependence; security, not domination; opportunity, not threats.”

Ambassador McKee says that the U.S. Embassy Port Moresby community extends their deepest condolences to the family and colleagues of the two Norwegian Peoples Aid officers who were killed last Sunday while disarming a World War 2 era munition.