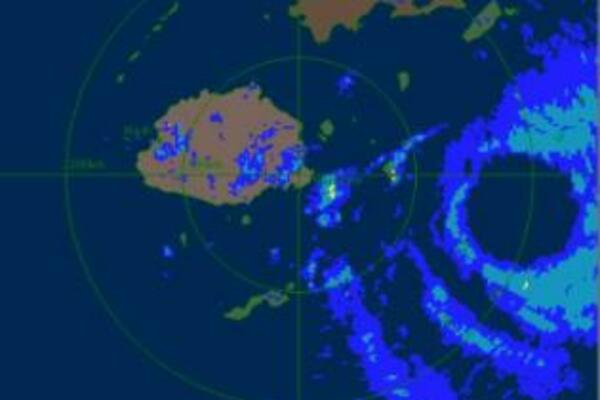 Fiji is still being battered by gale force winds and torrential rain as Tropical Cyclone Tomas continues to move through country.

According to the latest updates by the country's media, the tropical cyclone is still battering the country with the Northern and Eastern parts of the group bearing the brunt.

According to Fiji Times Online, according to the country's director of meteorology, Rajendra Prasad, Tropical Cyclone Tomas 'has doubled its pace, now moving on a southerly course through the Lau Group at 18 to 20km/hr, though its hurricane strength will remain until it leaves Fiji waters early tomorrow'.

"The active rain band is just touching southeastern Viti Levu now and should move off in the next three to four hours."

He said the Central Division can expect marginal gale force winds (35 knots with gusts to 45 knots) for the rest of today with periods of rain.

"Rakiraki and Sigatoka should experience strong to near gale force winds (up to 30knots with gusts to 40 knots) with periods of rain.

In the meantime, according to Fiji Times Online, a state of disaster has been declared for the Northern and Eastern divisions of the country with military and naval personnel to be 'deployed as soon as possible to facilitate relief efforts including provision of food and basic supplies' as declared by the country's National Disaster Council (DISMAC).

Schools remain closed and people living in low-lying areas who haven't evacuated were urged to move to one of the many evacuation centers set up around the country to escape possible severe flooding.

One life has been claimed so far with more than 10,000 people sheltering in 178 evacuation centres around the country, according to Fiji Times Online.

From the capital city of Suva, heavy winds were being experienced though no serious damage has been reported so far.

A curfew remains in place in the North and will commence for the central and eastern divisions tonight.

TC Tomas is expected to leave the group early tomorrow.