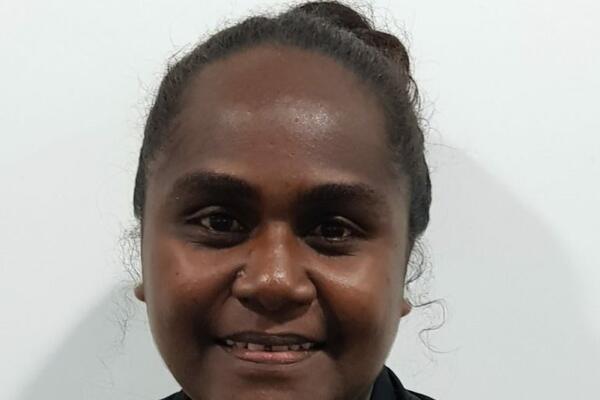 Hon. Tanangada stood as an Independent candidate in the 2018 by-election for the Gizo/Kolombangara constituency. She polled 2580 votes ahead of former MP and Prime Minister for Solomon Islands Gordon Darcy Lilo with 1593 votes.
Source: pacwip.org
Share
Wednesday, 20 March 2019 07:36 AM

Women make up fewer than ten percent of candidates standing for election this year in Solomon Islands.

The Electoral Commission has finalised the candidates list for the polls on the 3rd of April and of the 336 candidates nominated 310 were men and 26 were women.

However, one of the male hopefuls has been disqualified and two others have withdrawn, leaving 333 candidates running for the 50 seat parliament.

All of the country's provinces except the smallest, Rennell and Bellona, are fielding women candidates.

The capital Honiara has the most women standing, with five out of the 28 candidates or 18 percent.

Solomon Islands has a population of approximately 611,343 people (2017 census). The national Parliament has 50 members and elections are held every 4 years. The electoral system uses a first-past-the-post system, which has made it very difficult for women to get elected.

In 2008, the Solomon Islands Government mandated the Constituency Boundaries Commission to review the number of MPs currently elected to Parliament. This was used as an entry-point for women’s groups to propose the introduction of reserved seats for women. The proposal suggested in 2008 was to introduce 10 reserved seats for women – 1 seat for each of Solomon Islands nine provinces and 1 seat for the capital city of Honiara. The proposal did not attract the support of the Cabinet.

However, following the 2010 national elections, the new Government indicated in its Policy Statement that the Government would look at options for women’s reserved seats as part of a broader electoral boundaries review. This work has not yet progressed.

Since Independence, only four women MPs have ever been elected to the Solomon Islands Parliament, Hon Hilda Kari in the 1980s, Hon Vika Lusibaea who was elected in a by-election for her husband’s seat in August 2012. In the 2014 general elections, Honourable Freda Soria Comua Tuki won the Temotu Vatud seat, and Hon. Lanelle Tanangada was elected in a by-election held in 2018.

MP Soriacomua won the November 2014 election over incumbent Clay Forau by a margin of just 22 votes. On 8th October 2018, following an election petition filed by Clay Forau, the High Court in Solomon Islands ruled that Minister Freda Soriacomua was guilty voter bribery, and that she be removed from office.