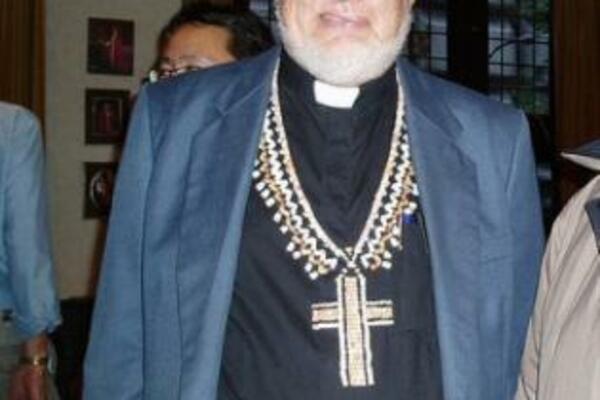 But he warned this week that high unemployment remained a "dark cloud", which could threaten future peace.

Unemployment woes had already been a factor in heavily damaging riots in the capital Honiara, in 2006, during which many Chinese-owned buildings had been destroyed, he said.

Canadian-born, Bishop Brown is the retired Anglican Bishop of Malaita, having served as bishop there from 1996 to 2008, including during the period of the country's ethnic tension crisis, which began in the late 1990s.

He has been in Dunedin this week visiting the University of Otago's National Centre for Peace and Conflict Studies and gave a seminar, titled "To Remember or Forget?", as part of a centre series.

A Truth and Reconciliation Commission (TRC) was set up in 2009 to promote national unity and reconciliation in the Solomons and to "address people's traumatic experiences" during the earlier ethnic conflict on Guadalcanal, the country's largest island.

The commission held a series of hearings and has since completed its report, which Bishop Brown helped edit, but this is yet to be made public.

The TRC process and report had given a voice to some of the victims of the earlier conflict, he said. Some people involved in the conflict had since been elected to Parliament.

But many other people had suffered considerable losses, some having had their houses destroyed, and few had received any compensation.

He noted that Australia and New Zealand had contributed significantly to the Regional Assistance Mission to the Solomon Islands (Ramsi), a military, police and civilian initiative which began in 2003.

New Zealand was also a significant aid donor, but there was scope for further help, including scholarship funding for further studies both at senior high school level and university, he said.