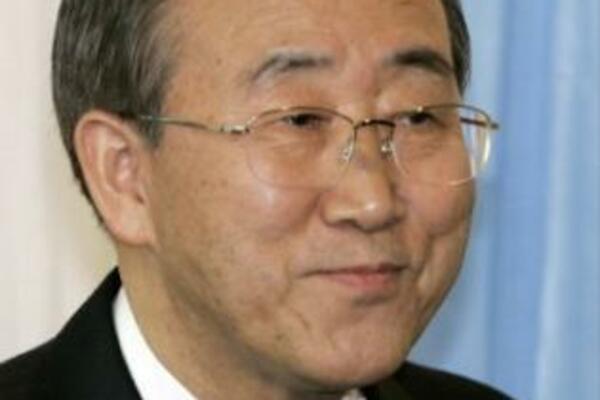 During his one-night stay, Ban said rising sea levels are wiping out crops on low-lying islands in the Solomons and threatening the existence of the entire chain, located 1,200 miles northeast of Australia.

"Multiple tsunamis are pounding the islands and the economy. The United Nations and the Solomon Islands Government have worked together to address these emergencies but to really reduce the risks, we need international action."

Ban said Sunday that he's ready to "sound alarm bells to the whole world" over the dangers of climate change. He said the developed world has a moral obligation to help nations like the Solomons with financial and technological aid.

Ban left for Kiribati on Sunday, another island chain threatened by climate change. From there, he will fly to New Zealand to attend the Pacific Islands Forum Leaders meeting.