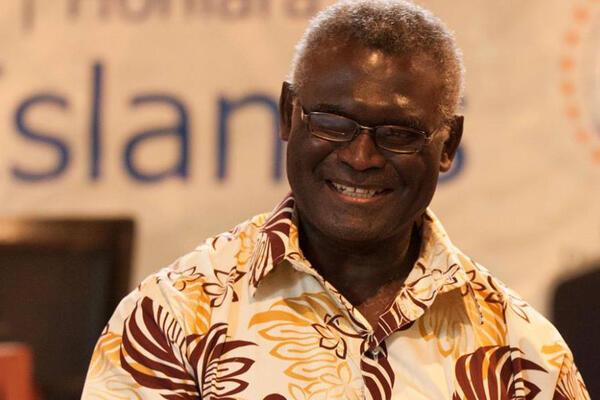 Parliamentary Members of the United Democratic Party maintained that the purported revocation of the Prime Minister’s membership of the Party does not disqualify him from being a legitimate Member of the UDP or to act in the capacity of Prime Minister.
Source: Photo supplied
Share
Monday, 14 November 2016 09:09 AM

Parliamentary Members of the United Democratic Party (UDP) have rejected the decision taken by their Party President Sir Thomas Chan, describing his actions as misguided and wrong in revoking UDP Membership of the Prime Minister Hon. Manasseh Sogavare.

In a joint statement UDP Parliamentary Members say that they rejected the “invalid claim by Mr. Barnabas Henson that the UDP Executive had agreed to revoke Prime Minister Manasseh Sogavare’s membership from the party.”

“We would like to remind the President and his advisors, that for any revocation to be valid, it must be consistent with the Political Parties Integrity Act 2014 (the Act) Regulation 29 and Clause 27 of the UDP constitution which is a contractual document between members of the UDP,” the statement said.

The statement said all of these requirements were not accorded to the Prime Minister, adding the President’s actions are not compliant with the legal requirements of the Act and the UDP Constitution.

“The Act aside, the President has also failed to comply with procedures under the UDP constitution in relation to disciplinary matters, in particular the requirement to appoint a disciplinary committee headed by the Secretary of the Party.”

Moreover, why has the President revoked the membership of the Prime Minister for the reasons published in the media instead of charges being laid against him in accordance with disciplinary rules?

“There was no 14 days’ notice given, as per the disciplinary guidelines, hence the decision to revoke the PM’s membership came unilaterally from the Party President, not the disciplinary panel.”

Parliamentary Members of the United Democratic Party maintained that the purported revocation of the Prime Minister’s membership of the Party does not disqualify him from being a legitimate Member of the UDP or to act in the capacity of Prime Minister.

The question of whether or not Hon. Manasseh Sogavare remains as Prime Minister can only be decided by the National Parliament.

In the statement, Parliamentary Members of the United Democratic Party still maintain their unreserved support for the Prime Minister as a Member and Parliamentary Wing Leader of the UDP.