U17 Squad Named for Belarus 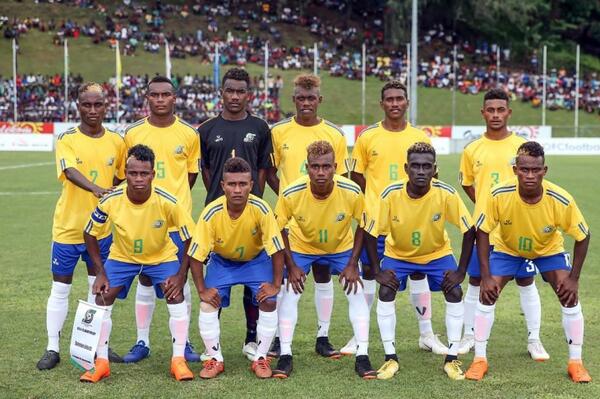 The Solomon Islands Under 17 team will travel to Belarus to participate in the UEFA U-17 International Development tournament in Minsk later this month.

The tournament was originally thought to be in danger when the Solomons team got disqualified from the U17 World Cup in Peru, but it now appears the trip to Europe will still go ahead.

The Solomon Islands were disqualified from the OFC U16 Championship for fielding an ineligible player, therefore also disqualifying them from the U17 World Cup, which they had qualified for by coming second in the OFC championship.

That decision has been appealed and there is so far no word on a verdict in the case.

Coach Stanley Waita has named a strong squad, among them wonderkid Raphael Lea’i and fellow New Zealand based player Leon Kofana. The third New Zealand based youngster, Charles Mani is also included in the squad.

In total 20 players are named in the squad, new faces include Malaita Eagles player Bradley Irosaea and Temotu Arrows’ Selwyn Hou who both impressed in the Youth Solomon Cup according to the Solomon Islands Football Federation.

The last new player to be included is Solomon Warriors player Charlton Totori, while Fabio Pao has been called back into the squad after being omitted from the training squad earlier.

The tournament in Belarus will be held between April 29th and May 4.