U17 Given All Clear for World Cup 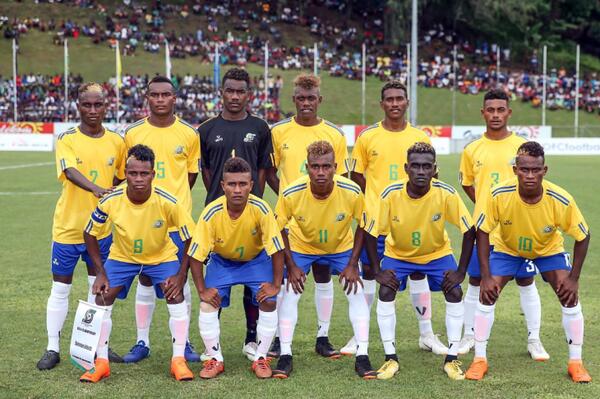 IT is official that the country’s national Under-17 Football team will be heading to the FIFA U17 World Cup in Brazil, this September.

The good news came after a successful appeal was made by the Solomon Islands Football Federation (SIFF), against an Oceania Football Confederation decision.

Solomon Islands originally finished second in the 2018 OFC U-16 Championship, but was suspended after fielding an overage player during the tournament.

The decision to reinstate Solomon Islands as Oceania’s second representative was made following a successful appeal lodged by SIFF in March.

The good news was released yesterday, when the OFC Appeal Committee met to hear the SIFF appeal.

“SIFF has exercised its right to appeal the decision of the OFC Disciplinary Committee.

“At Friday’s meeting, the Appeal Committee upheld the appeal on the grounds that Chris Satu had a passport issued by the Solomon Islands government, which showed a birth-date within the U16 OFC Championship 2018 competition regulations,” the SIFF Media has confirmed, through OFC.

The national football body was being legally represented by Don Marahare.

The news has revived the once shuttered dream of local football supporters in the country and abroad, to see Solomon Islands competing in the FIFA Football World Cup for the very first time.

Meanwhile, the national U17 side is currently in Belarus participating in a four-nation UEFA Development tournament.