Two New Mammals Close to Being Identified in Solomon Islands 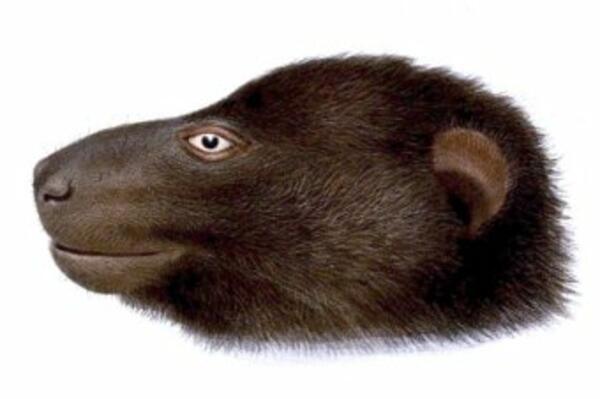 People from Oloburi village narrowly missed capturing what is believed to be a new species of giant rat.
Source: Photo supplied
Share
Tuesday, 09 August 2016 10:27 AM

Australian museum expedition to Solomon Islands believes it is just weeks away from describing two new species of mammals.

On the last day of a visit to the island of Malaita, people from Oloburi village narrowly missed capturing what is believed to be a new species of giant rat.

Good descriptions of what is thought to be a new monkey-faced bat were also collected as the 15-member expedition made its way on foot from the east coast of the Malaita to the west, through the rugged interior.

The Solomons archipelago is a biodiversity hotspot so rich pioneering mammologist Tim Flannery dubbed it "the Galapagos of the Western Pacific".

The expedition is being led by the University of Queensland's Dr Tyrone Lavery, recipient of the Australian Museum Research Institute's first expedition fellowship.

"There are some really fascinating species here like the monkey-faced bats," he said.

"They are a group of bats that are found nowhere else in the world and they evolved here in Solomon Islands to take on roles that in other places would be occupied by things like monkeys or possums.

Unlike expeditions of a century ago more than half of the group is made up of Solomon Islanders who are playing a crucial leadership role.

One of those is Chief Esau from Kwainaa'isi, whose sighting of a giant rat a decade ago helped bring the expedition Solomon Islands.

"In 2006 when I am hunting I saw the giant rat beside a small pool," Chief Esau said.

The expedition has collected stories of sightings of the giant rat (or kwete) from a number of locations but it was a near miss on the final day which had locals and scientists elated.

Members of the expedition will continue to work with villagers.

With their help and with images from newly-deployed camera traps they are confident they will soon have a definitive description of the giant rat.

Dr Lavery believes the Kwete is very likely to be a new species.

"People in the 1940s, they described this monster rat of Malaita that could crack the local canariam nuts and strip coconuts but until now … no scientist … has really looked at this rat and described what it is," he said.

"To be getting some accounts from people here having seen it and quite recently, also having captured it, that is really exciting."

Prospects for identifying a new monkey-faced bat are also good.

"There have been no monkey-faced bats found on Malaita before and one story I was told was a really great description of what I thought sounded like a monkey-faced bat," Dr Lavery said.

"Hopefully when we come back in October to do a more detailed survey and target some specific areas, we can turn up a monkey-faced bat."

Giant rats and monkey-faced bats are thought to need old-growth forests and the threats are many.

Chief Esau is working with neighbouring communities to build partnership for conservation.

"The impact of the logging destroyed the water and the land and everything so that is why we don't want to do it and for future generations it is not safe for people in Malaita," he said.

Outside influences are not the only problem.

The expeditioners made a point of including children in their activities.

"A lot of them (the children), they don't have the attitude of caring about the environment," Tommy Esau said.

"When they see the animals they just wanted to kill them.

Tommy Esau is hoping the expedition has started to change attitudes.

As coordinator of the Kwaana'isi Cultural Centre — the largest community run archive in the South Pacific — he will continue his work.

Results from the Australian Museum Malaita trip could be known within 10 weeks.

It has other expeditions planned in Guadalcanal and Bougainville before the end of the year.