Two Malaysians to Appear in Court 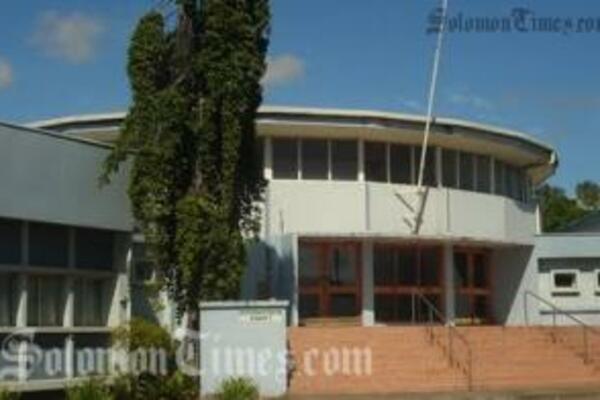 The court found the two men from Malaysia guilty of breaching four counts of the Customs and Excise Act.
Source: STO Archives
Share
Thursday, 24 September 2009 07:38 AM

Two Malaysians who were guilty of smuggling prohibited goods into the country, Uhla Thien and Hisham Bin Abdulla have yet to pay their $1.2 million dollar fine.

They were given 30 days from July 23 to pay the fine, or face a 12 month imprisonment sentence.

It is understood the two men will appear in the High Court this Friday to answer to why they have not paid their fine in the given time.

Both men were found guilty of smuggling goods into the country and evading the customs and Excise Act.

Uhla Thien and Hisham Bin Abdulla, both workers of the foreign Tug boat Lee Ling 8, were found guilty of breaching four counts of the Customs and Excise Act.

The goods include 276 bottles of liquor, over 2,400 sleeves of cigarettes, food stuff, one chain saw, electrical equipment, suitcases, two generators, 29 watches and personal items that are contrary to the Act.

The tug boat they used to smuggle the goods worth about $280,000 dollars is at the centre of a controversy involving Finance Minister Snyder Rini who sold the boat back to its Malaysian owners.