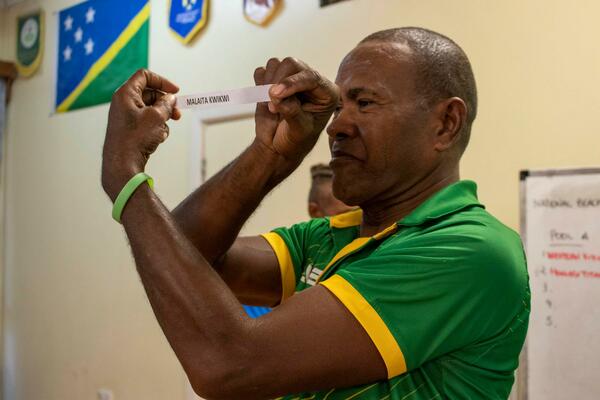 The National Invitational Beach Soccer Championship will be hosted by SIFF from 9 to 14 November 2020 at Honiara at the DC Park.
Source: SIFF
Share
Wednesday, 04 November 2020 09:37 AM

The four confirmed participating Member Associations have been drawn into two groups at the Official Draw for the National Invitational Beach Soccer Championship which will be hosted by SIFF from 9 to 14 November 2020 in Honiara at DC Park.

Group A consist of five teams and Group B of four teams. Top two teams from each group advance to the semi-finals and finals.

Beach soccer is popular in the Solomon Islands, mainly because that is how young soccer enthusiasts in most villages in the country play the game. Always just a handful of players, in a small area, with sticks planted on the ground as goal posts.

Their opening match 7–6 victory over Uruguay (former world finalists) in the 2009 World Cup has been described as "Solomon Islands' biggest achievement so far in a FIFA tournament.