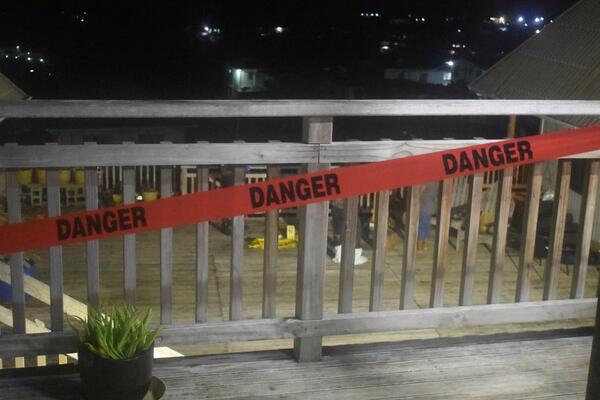 Various reports say that Trent Lee, an Australian believed to be in his 40s, was working with 57-year-old British national Luke Atkinson to decommission an unexploded ordinance at Tasahe ridge, West of Honiara, when it exploded.

They were rushed to the National Referral Hospital (NRH) but died because of extensive injuries caused by the blast.

Officer-In-charge (OIC) of the RSIPF EOD Inspector Clifford Tunuki says, “EOD officers will have to render the scene safe before the RSIPF Forensics and other investigators access the scene to find out what happened.”

“We call on members of the public in the Tasahe area of West Honiara to please stay well away from the area of the incident and allow RSIPF officers to do their work as we investigate this tragic incident,” says Inspector Tunuki.

The two foreign nationals were working for the Norwegian non-government organisation, Norwegian Peoples Aid, that is conducting a non-technical survey on the contamination of Unexploded Ordnances (UXOs) in Solomon Islands. The State Department of the United States of America funds the Project.

“I can confirm that none of the RSIPF EOD officers were at the scene when the bomb blast happened despite the fact that we work together with the Project. The survey team goes out to confirm the location of the UXOs following reports from the communities and the information relayed to us. We will determine what to do with the UXOs after the survey,” Inspector Tunuki explains.

He adds, “On behalf of the RSIPF I wish to convey my sincere condolences to family and relatives of those two foreign nationals who died in this tragic incident.”