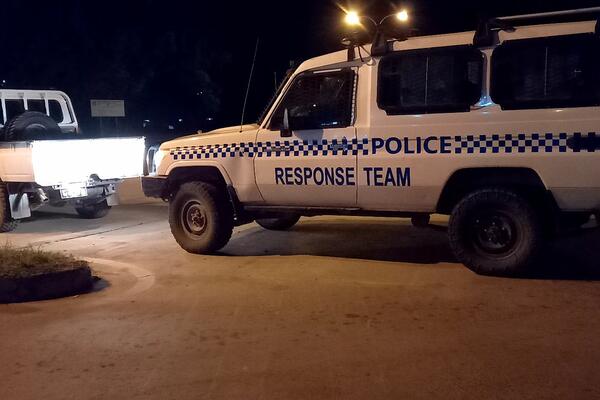 AC Pogeava says, “Investigation into those arrests still continues and ask those people who might have any information to come forward and assist police.”
Source: Supplied
Share
Tuesday, 31 August 2021 11:11 AM

Commander Pogeava says, “Those twenty suspects arrested are currently at Central Police Station custody awaiting further dealings. It is alleged that some of the suspects arrested were related to the rock throwing of the government vehicles last night.”

AC Pogeava says, “Investigation into those arrests still continues and ask those people who might have any information to come forward and assist police.”

Mr. Pogeava says, “Police will take stern actions to those who plan to mount up roadblocks and rock throwing targeted to the government vehicles. Police will not tolerate anyone who breaches the lockdown orders. Police will take all possible means to deal with such uncalled attitudes.”

He says, “I appeal to the general public in Honiara to respect government vehicles used for the lockdown operation and work together with police and other government agencies during the 36 hours of lockdown.”