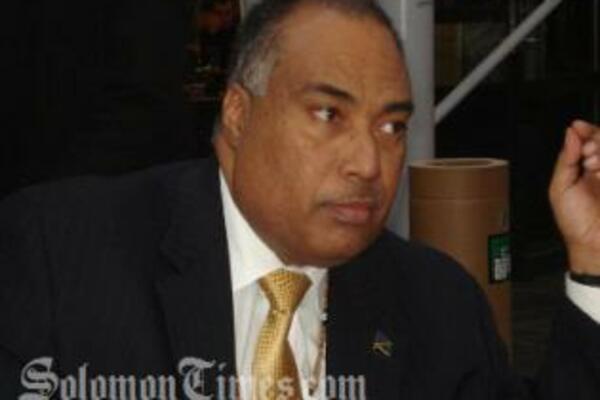 Press Release - By Makereta Komai, Climate Pasifika and Editor of PACNEWS - If the United States position will again shape the outcome of the two weeks global climate change negotiations in Bonn, Germany next week, then expect a 'tough ride' ahead towards Cancun in December.

Before talks begin on Monday 31 May at Hotel Maritim in Bonn, the U.S has told the chair of one of the two subsidiary bodies of the UN Framework Convention on Climate Change that it does not recognise the current text proposed by the Ad Hoc Working Group on Long Term Co-operative Action (AWG-LCA) as a basis for negotiations.

"COP 15 in Copenhagen decided that Parties are to draw from the LCA text rather than use it's as a basis for negotiations, said the U.S submission to the chair AWG-LCA submitted in April.

"In the U.S view, the chair should only import on a provision by provision basis when it would facilitate the progress of the negotiations.

The U.S argued that while the Conference of the Parties (COP) did not formally adopt the Copenhagen Accord, 120 of the 194 UNFCCC Parties have now signed onto the Accord.

Because of that, 'it is relevant to progress the Accord under the Convention, the U.S pushed.

A statement issued by the UNFCCC Secretariat in April said the Copenhagen Accord 'may be used as part of UN climate change negotiations, but as an option.'

India and China have opposed the move saying negotiations should be conducted only on two existing UN tracks - Kyoto Protocol and Long term Cooperative Action (LCA) - but agreed to incorporate some elements of the Copenhagen Accord in the LCA text.

The UN climate change body has come up with a new draft which has elements of the Copenhagen Accord as alternative options for the nations to agree.


Sensing another deadlock in Bonn, the outgoing Executive Secretary of the UNFCCC Secretariat, Yves de Boer urged all Parties to 'overcome differences and work for greater clarity on what can be agreed to by all Parties for Cancun in December.'

The UN's top climate change official, whose term comes to an end after the Bonn meeting, said negotiators must finalise a functioning architecture that will launch global climate action across the board.

"Specifically, negotiations need to conclude on mitigation targets and action, a package on adaptation, a new technology mechanism, financial arrangements, ways to deal with deforestation and a capacity building framework, said de Boer.

A copy of the provisional agenda of the Bonn meeting reveals an attempt by the chair of the LCA group to provide direction to the negotiation process.

An indicative roadmap has been proposed to help steer the negotiations to an outcome to be adopted by COP in Mexico at the end of the year.

"It is the intention of the chair to bridge positions and find mutually agreeable ways of proceeding.


"AWG-LCA should resolve these questions to the extent as possible. In the cases where these are not achieved, the AWG-LCA will need to identify clear and limited set of remaining political choices, said the chair.

Limits to greenhouse gas emission reduction and global temperature still stick out as a sore thumb in the negotiations.


Two options are before negotiators - whether to commit to deep cuts as soon as possible or set up a long term ambitious global emissions reduction plan.

An increase in average global temperature, according to the proposed text should (or ought not) exceed the three bracketed options of 2 degrees, 1.5 degrees or 1 degree.

On greenhouse gas emissions (GHG) reduction, Parties are urged to collectively reduce their emissions by at least three bracketed positions - 50, 85 and 95 percent from 1990 levels by 2050.

But the United States maintains its position that increase in global temperature must be kept at below 2 degrees.

"To address the views of some that it is inadequate, the text should provide for a review process, said the U.S submission.

However, a common thread amongst all the Parties is the need to conclude a legally binding agreement at the end of the year in Mexico.

AOSIS STICKS TO ITS POSITION

The Alliance of Small Island States (AOSIS) will not shift from its position, as supported by more than 100 Parties.

"AOSIS share the view that long term goal should be to limit any global temperature to well below 1.5 degrees above pre-industrial levels to stabilise atmospheric greenhouse gas concentration at well below 350ppm. This goal must be reflected in the draft negotiating text, said Grenada on behalf of AOSIS states.

"Greenhouse gas emissions must peak by 2015 and global Co2 reduction should be greater than 85 percent by 2050.

"The gap between current pledges and what the best available science demands must be addressed as soon as possible, according to the AOSIS submission.

On the indicative roadmap, AOSIS submitted that it wants the LCA process to achieve a defined outcome in Cancun.

"It should have clearly defined milestones for each negotiating session. It should also provide for a contingency processes aimed at ensuring that any failure to achieve milestones are addressed at inter-sessional period.

"Such contingency process should be transparent, inclusive and efficient with results being brought back to the formal UNFCCC processes for discussion and adoption, AOSIS stated.

To drive home the urgency of the call of AOSIS, the Pacific Group at the United Nations in New York compared global warming to an invading army.

The 11 nations that make up the Pacific Small Island Developing States wrote to members of the U.N.'s most powerful body to argue that the threat they face from a warmer world and rising sea levels is comparable to armed conflict. The 15-nation Security Council oversees threats to international peace and security.

"Climate change can devastate a country just as thoroughly as an invading army," Nauru's U.N. Ambassador Marlene Moses said as chair of the island nations' group.

Ms Moses said the Security Council must step in because the U.N.-led negotiations for mandatory cuts in greenhouse gases and assistance for the most vulnerable nations is stalled.

"If (the) international community fails to take immediate action, then it will be complicit in the extinction of entire nations," she said.

The group said climate change is contributing to severe food and water shortages in the Pacific and already making refugees of people in Vanuatu, Micronesia and Papua New Guinea.

Leading Pacific climate change negotiator and Solomon Islands Permanent Representative to the United Nations, Ambassador Colin Beck said, the Pacific will not accept anything less than 1.5 degrees limit to global temperature and GHG concentration in the atmosphere to well below 30 part per million of carbon dioxide.

"Any outcome document or agreement that does not reflect that is an imposition of a death sentence on my people", said Ambassador Beck at the end of the failed Copenhagen talks.

"There are certain elements in an agreement that can be negotiated. In our case, our 1.5 degrees to stay alive position is non-negotiable. If not, then the world is signing the death certificate of vulnerable island states."

The United States and the 26 developed countries that penned the Copenhagen Accord are pushing for the establishment of a Green Climate Change Fund, to operate as a financial entity of the Convention. The fund, as proposed, will support projects and policies relating to mitigation including REDD Plus, adaptation, capacity building and technology development and transfer.

It's suggested that the Fund be governed by a board nominated by the Conference of the Parties.

The negotiating text wants a collective commitment by developed countries to provide additional funding resources of USD$30 billion for the period 2010-2012.

"Funding for adaptation will be prioritised for the most vulnerable developing countries such as LDCs and SIDS and Africa, said the provisional agenda.


Ms Komai will be covering the Bonn Climate Change negotiations from 31 May - 11 June 2010, thanks to funding from Secretariat of the Pacific Regional Environment Programme (SPREP) and the World Wide Fund for Nature (WWF). She will provide daily coverage of the negotiations via PACNEWS and the Secretariat of the Pacific Regional Environment Programme's climate pasifika blogspot, http://climatepasifika.blogspot.com