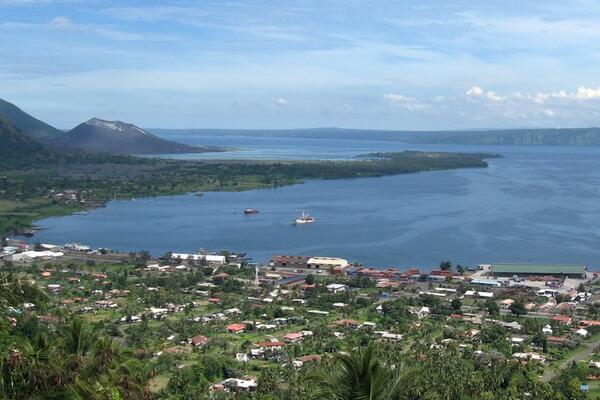 A powerful 7.5 magnitude earthquake struck off the coast of Papua New Guinea’s New Britain island on Tuesday, prompting fears of “hazardous” tsunami waves for coasts within 1,000 km of the quake's epicenter.

The offshore quake struck 45km northeast of the New Britain capital, Kokopo, at 12.58 UTC, and was 10 km deep. The US National Weather Service's Pacific Tsunami Warning Centre has warned that “hazardous tsunami waves” are possible for coastal regions located within 1000km of the quake’s epicenter, limiting any potential waves to the PNG and Solomon Islands region.

This is the second earthquake to hit Papua New Guinea in just over a week. On May 6, a 7.2 magnitude quake rocked the region with shocks felt 250km away from its epicenter in PNG’s capital, Port Moresby. This followed earthquakes in the region in February and March that were measured at magnitudes of 6.4 and 6.1, respectively.

Located in the hot spot of seismic and volcanic activity that is the Pacific Ocean’s Ring of Fire, Papua New Guinea experiences regular earthquakes due to the friction of tectonic plates located deep beneath the surface. Since 1990, the PNG region has experienced 14 earthquakes with a magnitude of 7.5 or greater, according to the US Geological Survey (USGC).