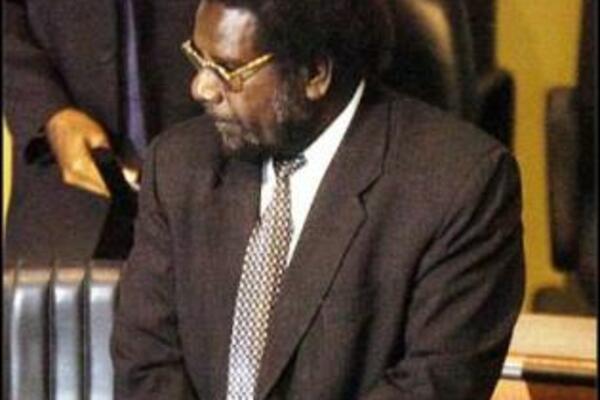 Transparency Solomon Islands (TSI) considers the decision by Finance Minister Snyder Rini to release the Asian tugboat to the owner to be a misuse of discretionary powers provided by the law.

Earlier in April, customs officials seized the Asian boat Lee Ling 8 and arrested the two captains for illegally smuggling goods into the country. The High Court's ruling of the case includes a fine of $SBD 1.2 million charged to the captains and that the boat be forfeited to the state.

Using his discretionary power under section 223 of the Customs and Exercise Act, the Finance Minister has sold the boat back to the owners for only SBD$250,000. Though the Minister's action was lawful, TSI "condemns it because he failed to protect the state and public interest which it is his duty to defend." TSI stated that the Minister of Finance has personally deprived government revenue of the much larger sum that could have been obtained by selling the seized boat by auction or public tender, and has undermined the independence and effectiveness of the judiciary and justice system.

TSI stated that without a judiciary that is independent of the executive government, citizens could not have confidence in obtaining justice since the executive could override the rulings made in court. "This is exactly the case with Mr Rini's decision. He failed to respect rulings made by the court and substituted his own view of how the matter should be dealt with."

The statement went on to say that the Minister's decision also undermines recent positive reforms in the Customs Department. These reforms led to the systematic and professional way Customs Officials conducted the investigations and successfully brought the matter to the court. "Minister Rini's decision gives wrong signals to government officials, and recent media statements confirm Custom's Officials dismay at the way Minister Rini had undermined their integrity and statutory function and responsibility."

TSI calls on the government to review all provisions in Solomon Islands statutes that give ministers broad discretionary powers. As this case shows so categorically clear, such powers can be abused to undermine the judiciary, sets a really bad example for our government officials, and diminishes public finances.