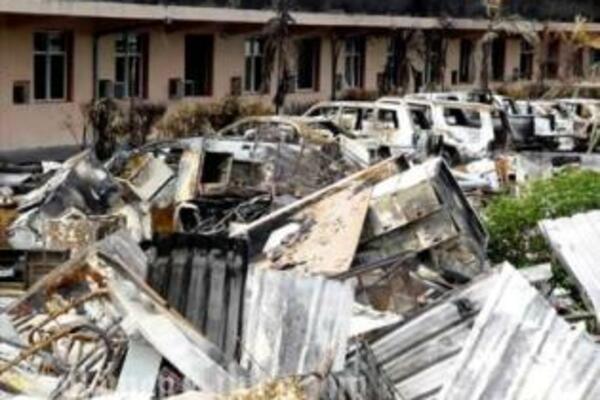 Transparency Solomon Islands (TSI) has stated that it is very "disappointed that the Commission of Inquiry into the April Riots report has been edited prior to its release."

In a press statement, TSI stated, "the report clearly lays the responsibility for the riots at the feet of Government." "The report found that the riots were a direct result of lack of services provided by the government; this can be related to the level of corruption in government. Past and current MPs must accept the findings of the report and take responsibility for what happened," the statement reads.

TSI said that to edit the report challenges the credibility and capacity of the commissioners appointed to the commission. "The result of editing the report is that it now lacks the important information regarding the groups and individuals found to be responsible for the riots."

TSI stated that for the government to suggest that NGOs and organisations that have been pressing for corruption free leadership are some how responsible for the riots "show a very poor sense of judgement." "The inquiry itself reported that it found no evidence to suggest NGO liability. TSI is dedicated to promoting good governance and reducing corruption, the suggestion by promoting government transparency and accountability and political stability encouraged civil unrest is not sensible," the TSI said in its press statement.

TSI went on to say that, they are concerned that by delaying the release for many months and then releasing an edited version of the report has undermined public trust and support for commission inquiries.

TSI said that it is now calling for the public release of the full and unedited report of the Inquiry into the April 2006 Honiara Civil Unrest in Honiara so that those responsible for the riots can be held accountable and the government, people and country can positively move forward and learn from the unfortunate events of April 2006.