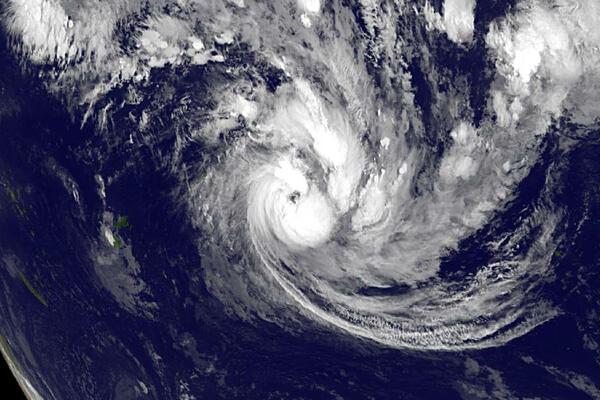 According to the National Institute of Water and Atmospheric Research (NIWA), the region can expect eight to 10 tropical cyclones this season, compared with 18 last season.
Source: NASA
Share
Tuesday, 29 November 2016 09:13 AM

Torrential downpour in the capital Honiara is linked to a tropical low about 600 kilometres west-southwest of Rennell, and is moving southeast.

There are also reports of flooding and landslides in at least two provinces in Solomon Islands as heavy rain moves across the country.

A heavy rain warning is in force for all provinces.

The meteorological service says people in low lying areas by rivers and streams should prepare for possible flooding and landslides.

Disaster officials say there are no confirmed fatalities after landslides in the outskirts of Guadalcanal.

According to the National Institute of Water and Atmospheric Research (NIWA), the region can expect eight to 10 tropical cyclones this season, compared with 18 last season.

The 2016-17 season, which runs from November to April, is predicted to be average with an elevated risk for Tonga, Papua New Guinea, Niue and the Solomon Islands. Reduced risk is expected for Tuvalu.

Cameron Vudi, Disaster Risk Management manager for the Solomon Islands Red Cross Society says the pre-disaster meeting was vital. “It involved key Government partners such as the National Disaster Management Office, Ministry of Health, Meteorological Service and most in-country non-government organizations. This will help us respond in a timely and well-coordinated manner to help those severely affected by any disaster,” he says.