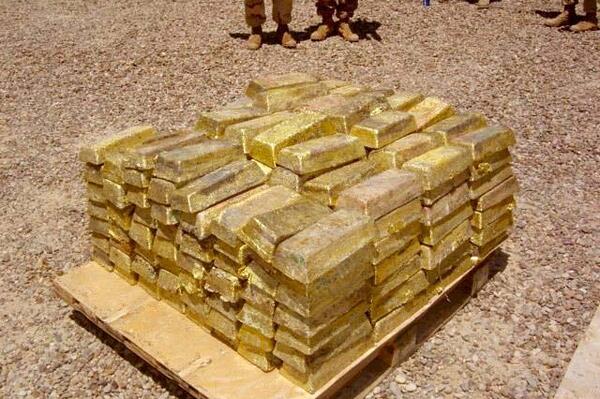 Many desire to find the location of the fabled treasure.
Source: Photo supplied
Share
Tuesday, 11 June 2013 10:02 AM

The Solomon Islands were as far as the Japanese Imperial Army got during World War II in their push towards conquering all of Southeast Asia and Australia.

In this sense, this was the front line of the Japanese war machine in WWII, where forces collided head-on with the United States military might. The logical question is, why would the Japanese bring copious amounts of gold – allegedly acquired from China and all the other territories they conquered in Asia – with them to the Solomon Islands where the battles were sure to be epic and fierce?

Gold hunters are currently amassing in the Solomon Islands – probably not caring about the answer to the question we just asked – because of a story that broke out on the Internet regarding a supposed eye-witness who knew the location of the treasure.

The story of the WWII gold quite is by no means a new one – this Solomon Islands version surfaced a few years ago. The government of the sovereign island chain has purportedly spent a huge amount of money tracking down the gold, quite unsuccessfully as of yet.

Interest in the Solomon Islands “treasure” ratcheted up when the latest version of the story appeared on the website of the Suva-based magazine Islands Business over a week ago. The author of the piece was Alfred Sasako, a Solomon Islander who has had quite a storied career, having worked his way up as a journalist in Papua New Guinea, Australia and Fiji, and was then elected to the Solomon Islands parliament and became a senior government minister.

His article for the magazine revealed that allegedly the one Solomon Islander who knows where the gold was is the son of a local man who claimed to have been a cook on the Japanese vessel carrying the gold and survived an attack by the Americans that eventually sunk the boat.

The story is almost worthy of a movie script, as this man is said to have told his son – on his deathbed, no less – about the location of where the ship sank. “You will find steel boxes lining the hold of the boat,” the father is quoted as having told him, “lying in 50 to 60 meters of water.”

This does not translate to any kind of advantage for gold hunters, you see, because there were furious sea battles in the Solomons during WWII, and around 50 ships lie on the seabed among the islands in what is now known as Iron Bottom Sound.

This story has been causing all sorts of trouble down in the Solomon Islands, where a number of people have gathered with their eyes on the gold prize. Some have said that even Japanese government officials have come down to check the story out, and even Paul Allen of Microsoft fame – who is supposedly a World War II buff – has made the trip.

But the story of Japanese gold might more be a fanciful story than a distinct reality. Stories of Japanese gold troves in other parts of Asia – especially in the Philippines, where the Japanese soldiers have purportedly hidden a whole truckload of gold in a wartime tunnel – abound, and none of them have been proven to be true. In the Solomon Islands, the people who are allegedly “in the know” about the gold fear for their safety, and those who allegedly have information are keen to cut 50% deals with the government if the gold is found. We don’t know about you, dear readers, but do any of you believe there is gold in some ship hold of a sunken Japanese vessel out there?