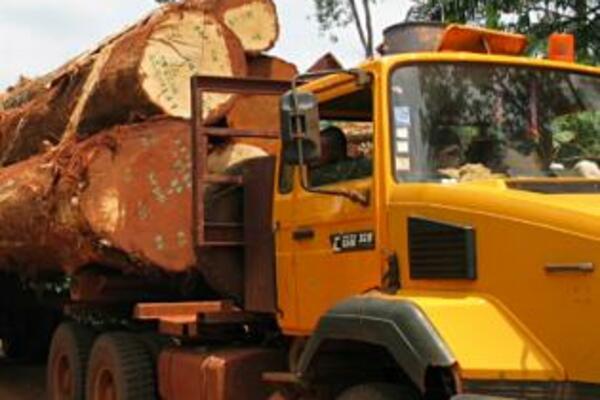 TSI encourages the Ministry to ensure that leaders, administrators and loggers do not escape the law.
Source: Photo supplied
Share
Monday, 24 December 2012 08:16 AM

Transparency Solomon Islands, TSI, says it is pleased with the initiative taken by the Ministry of Forestry to crack down on 'irresponsible loggers.'

In a recent interview the Permanent Secretary says they are seeking to "get rid of irresponsible and uncooperative logging contractors and licensee holders operating in the country."

TSI says that it is common knowledge that there continues to be "unsustainable logging within the industry, which has been made worse by alleged corruption for decades."

"Some companies have been given permission to log in areas where the level of sustainable logging had already been surpassed," the TSI said in a statement.

TSI says it is also worrying to note that some loggers been exempted from paying taxes, and in some cases volumes of logs were under reported or tree species were not properly identified.

TSI says from these practices millions of dollars that should have been collected have been lost.

"The period of the social unrest from 1998-2003 worsened the management of the country's forests; which were harvested at an unsustainable rate while the economy experienced a decline," TSI said in a prepared statement.

TSI encourages the Ministry to ensure that leaders, administrators and loggers that abuse the system do not escape the law.