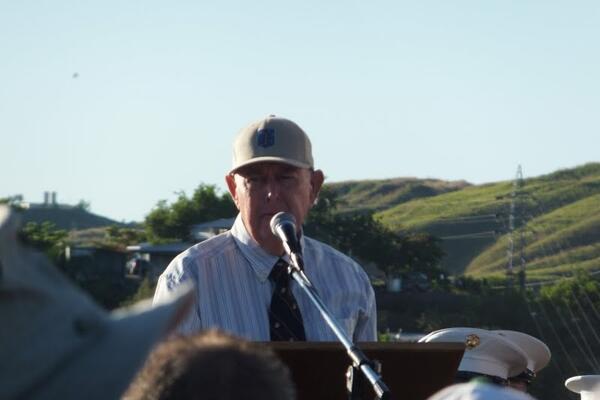 John Innes is the foremost authority on the history of the battles here on Guadalcanal that began on the 7th of August 1942 and lasted until the end of January 1943.
Source: http://mitchellmissionarymessages.blogspot.com
Share
Tuesday, 11 September 2018 07:26 AM

Tourism Solomons board chairman, Wilson Ne’e has led the board and staff in paying tribute to WWII historian John Innes who passed away on 01 September 2018 aged 77.

“Thanks to John’s efforts the story of the Guadalcanal campaign and the brave men from both sides who fought and died in those terrible battles will live on forever and all of us are indebted to him for that,” Mr Ne’e said.

“While John may not have been there himself during those times, his wealth of knowledge and detailing of those events even today plays a key role in letting the world remember that these Solomon Islands were the very place that freedom for the Pacific was born.

“And for that we will always be eternally grateful to John.

Tributes came from far, of note is that of General Robert B. Neller, Commandant of the United States Marine Corps.

"You are THE expert on Guadalcanal. Every Commandant over the past two decades has benefited immensely from having you as a guide through that hallowed ground. Your ability to gather myriad pieces of information and reconstruct specific moments from that battle is unrivaled and has played a crucial role in accurately capturing important parts of our Corps' heritage. You have also been instrumental in brining our heroes who were killed in combat so many years ago home for a proper burial."
– General Robert B. Neller, Commandant of the Marine Corps.