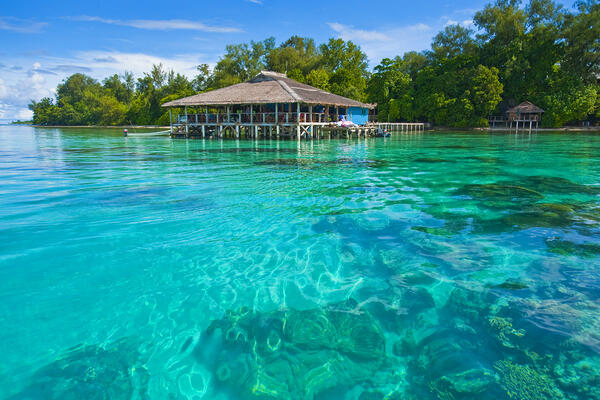 Tourism Solomons and Solomon Airlines have combined resources to launch a major two-tiered Australian TV/digital campaign designed to position the Solomon Islands as the newest ‘must visit’ destination on the local travel landscape.

Kicking off on 04 August with an eight-week TV campaign initially targeting more than 3 million viewers across a south-east Queensland and northern NSW footprint, the TV burst has been designed to highlight the destination’s array of unique niche product with a heavy focus on diving, sports fishing, surfing and culture.

The TV component of the campaign – more than 130 30 and 15-second spots - will be carried across the Seven Network’s 7, 7mate, 7two and 7flix channels.

YouTube will be utilised to reach consumers in the ACT, Melbourne and Sydney with the same messaging.

“I am confident the campaign truly characterises the destination’s identity, image and positioning as a new and exciting adventure-oriented destination sitting on Australia’s doorstep,” he said.

“We feel this campaign has been purposely created to showcase those highly experiential niche travel opportunities which set us apart from our South Pacific neighbours and we are confident this campaign will hit the mark.

“Add to this the benefits we will accrue, not only in building the Solomon Islands profile in the key Australian market but also, in potentially increasing our annual international visitation which sits around 30,000 annually.

“The campaign, our biggest ever foray into the Australian marketplace and our biggest ever-spend, marks a milestone in our international marketing direction and we are delighted to have partnered with Solomon Airlines for this exercise.

”While compared to other destination’s campaign spends this might be considered a small step, I can assure you from the Solomon Islands perspective, it’s one giant leap.”

The campaign has been designed by Sydney-based Illidge Creative.

To view the 30-second version of the advertisement visit www.facebook.com/visitsolomonislands