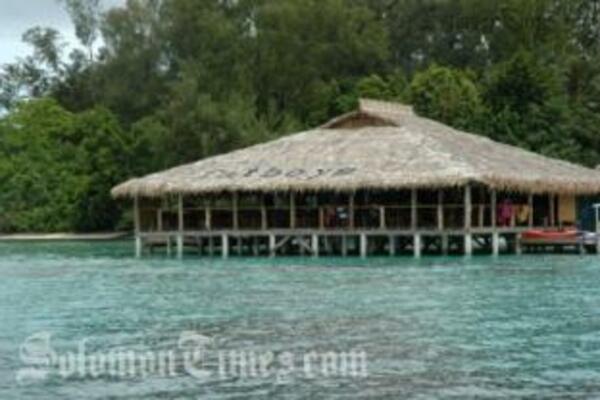 Fatboys in the Western Province was one of the tourism hotspots visited by the Minister and his delegation.
Source: gotours.com.au
Share
Thursday, 02 June 2011 09:11 AM

The Solomon Islands Minister of Tourism and Culture, Hon. Samuel Manetoali expressed satisfaction with his three days official visit to parts of Western Province including the capital Gizo.

During the visit that ended last week, Minister Manetoali and his Undersecretary Mr Moses Tepai held various meetings with the Premier of Western Province George Lilo and a group of Tourism Operators in Gizo.

Among the many issues discussed, one of the key concerns raised by operators is the need for government assistance towards those who are interested in developing eco-tourism resorts and accommodation in the beautiful islands in the Province.

Many operators have suggested that the national government inject more assistance ranging from financial and technical help to issues of tax exemptions, increased promotion and marketing overseas and the need for cheaper airline flights and telecommunications.

The Minister also visited a number of Tourism Businesses in Gizo and Vonavona lagoon where he spoke with individual operators on issues regarding tourism.

Minister Manetoali said the visit is worthwhile by giving him the opportunity to interact and listen to the views and issues experienced by operators of the tourism industry in Western Province.

At the conclusion of the visit on Saturday, Minister Manetoali assured Western Tourism Operators that he will take up their concerns to the cabinet level to see how best government can invest in tourism in Western Province.

The Minister will also visit other provinces in coming weeks as part of a series of provincial visits planned by the Ministry of Tourism and Culture.