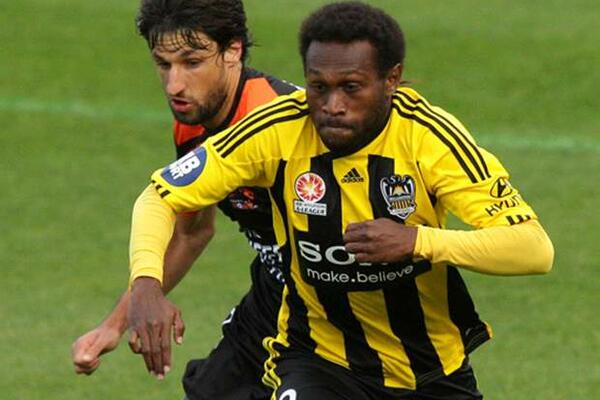 Benjamin Totori has left the Wellington Phoenix after agreeing to an early end to his contract.
Source: goal.com
Share
Monday, 17 June 2013 08:35 AM

Solomon Islands international Benjamin Totori is the latest player to depart the Wellington Phoenix after agreeing an early end his contract with the A-League club.

Totori had one year left on his contract but the 27-year-old attacker mutually agreed with the club to terminate it after new coach Ernie Merrick told him he could not be guaranteed regular game time.

Phoenix general manger David Dome said in a statement that the club had helped Totori with a deal to join Victoria Premier League side Oakleigh Cannons for the rest of the current season.

Dome said the deal would offer Totori more exposure, but the Phoenix may look at bringing him back to play for feeder club Team Wellington for the 2013/14 ASB championship season.

"We thank Benji for his contribution to the club and wish him all the best for the future," he said.

Totori made two starts for the Phoenix last season and made 13 appearances off the bench but failed to find the net.