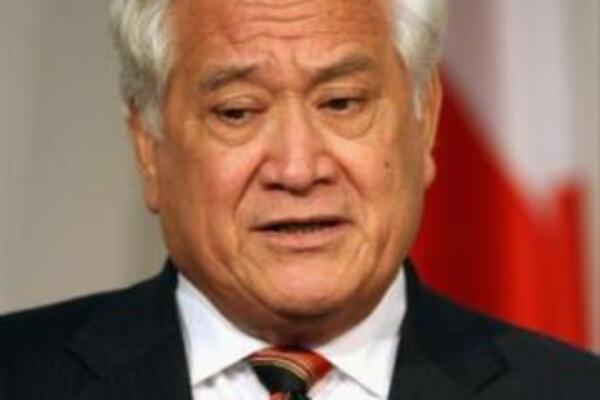 Mr Sevele says their soldiers were only acting under the rules of engagement.
Source: Photo Supplied
Share
Thursday, 02 September 2010 08:49 AM

Tonga's Prime Minister says there is no need for his soldiers to remain in the Solomon Islands to answer questions about the shooting death of a former national police officer.

Two Tongan soldiers have admitted opening fire after they were called, as part of a larger RAMSI group, to deal with a brawl involving dozens of local people at Titinge last month.

The discharge of the soldiers' firearms resulted in the shooting death of a former police officer of the Royal Solomon Islands Police Force.

The Solomon Island's police are investigating and would have liked to speak to the soldiers concerned.

But Tonga's Prime Minister, Feleti Sevele told Radio New Zealand that his Solicitor General and the Deputy Head of Defence were satisfied with the soldiers' actions after visiting Honiara.

Mr Sevele says their soldiers were only acting under the rules of engagement.

Referring to the Facilitation Act that allows immunity to RAMSI personnel and officers, the Tongan Prime Minister says there is an agreement between Solomon Islands and all of those participating under RAMSI "so Tonga will just follow what is in the agreement."

Meanwhile, the police investigators of the Royal Solomon Islands Police Force are continuing with their investigation.

A final recommendation based on their investigations will be submitted to the Director of Public Prosecutions.