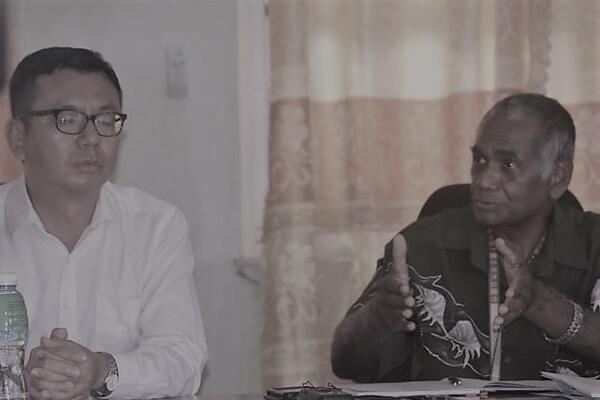 Solomon Islands is running out of time in its preparation for the construction of facilities for the 2023 Pacific Games.

Speaking to the media, Secretary to Prime Minister (SPM) Dr. Jimmie Rodgers says approval processes has to be hastened if Solomon Islands are to be well prepared to host the 2023 Games.

He said inspection and approval from the Ministry of Environment has to be hastened as the time line for construction work to start is in September 2020.

He said the Solomon Islands government is hoping to formalize exchange of letters for the 2023 Pacific Games so that work can start in Honiara.

China will facilitate most of the infrastructure construction in Solomon Islands for the Pacific Games in 2023.

“70 percent is funded for by China and the remaining will be covered by government and other donor support”, Rodgers said.

Rodgers said government is hoping to have these documents signed without having a ministerial delegation to go to Beijing to sign the documents.

Meanwhile, Counselor Yao Ming of the Republic of China says his government should firstly send a technical team to Solomon Islands to ascertain the scope of the project after the documents are signed.

He said the good news however was, his office has received conformity from Beijing for their government’s support to Solomon Islands for the 2023 Games.

“This is a project of national pride for the government and people of Solomon Islands. You have long desired for this project.

"But for the Chinese government and people this is a big gift for the people of Solomon Islands. We will work diligently around the clock to make sure this project is finished in time”, Ming said.

Apart from the National Stadium, China will also support construction of an aquatic center and six tennis courts that can also be used for basketball and hockey practices.