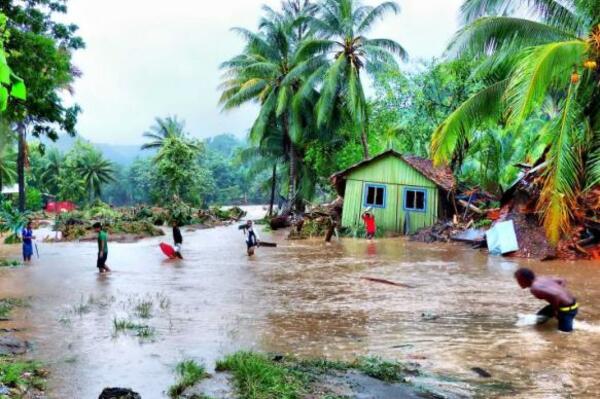 According to Hon. Tovosia, victims have received about eight to 13-thousand dollars worth of assistance depending on their family size.
Source: Archives
Share
Thursday, 21 August 2014 08:13 AM

The Solomon Islands Minister for Environment, Bradley Tovosia says thousands of dollars have been spent by his Ministry through the National Disaster Management Office (NDMO) for repatriation purposes of the victims of the recent April flash floods.

Minister Tovosia revealed this when asked by the Member of Parliament for Central Honiara, John Moffat Fugui, on how his ministry had handled the repatriation case of the flash flood victims.

In his response Mr Tovosia told Parliament that the assistance was distributed according to categories under which the victims were classified.

He says victims received from eight to 13-thousand dollars worth of assistance depending on their family size.

The Minister adds, the repatriation exercise was implemented upon the agreement with the signing of appropriate papers of benefit release and repatriation declaration forms.