“Think Before You Act!” How Facebook Ban Will Affect Small Business 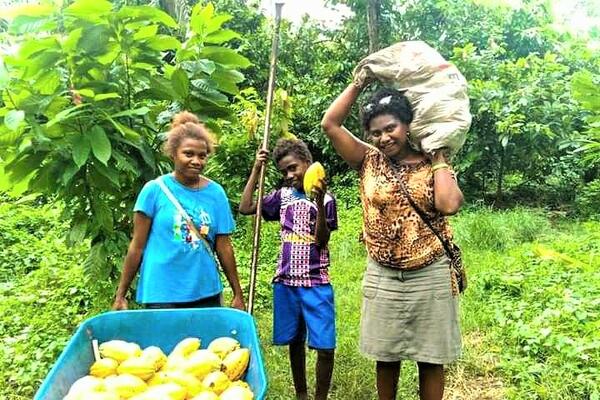 “I have a poor background in my education before I got into the cocoa export business, but then I found Facebook, it was easy and a cheap way for me to promote my business both in country and oversea."
By Jimmy Nolan
Share
Monday, 30 November 2020 10:16 AM

A young local woman who is doing cocoa export to countries around the World, including other Pacific Islands, says the government’s decision to ban Facebook in the country will affect her business.

Ms Agnes Pilopaso from North Guadalcanal says since she started her business as a cocoa exporter Facebook has been a lifesaver as it is cheap and easy to use.

“I was shocked when I heard the news that the government is moving to ban Facebook in Solomon Islands, this is something I thought will never happen," a distraught Agnes said.

She says her business has been running smoothly even during the pandemic because she has been able to maintain her network and partnership with outside buyers through Facebook.

“I have a poor background in my education before I got into the cocoa export business, but then I found Facebook, it was easy and a cheap way for me to promote my business both in country and oversea.

“Because I could not write in English and prepare proposals I struggled when I started, but Facebook allowed me to go another way, I just take photos and upload and I just talk on the phone with buyers,” Agnes said, while harvesting cocoa in her plantation.

She says that the suspension of Facebook will cut off her business contacts and development of other small markets overseas.

“Through Facebook, just recently, I had conversations with another buyer from Samoa, they placed an order and payment was done very quickly.

“To me Facebook is the only tool I rely on as a local cocoa exporter in the country, you build trust very quick and you are able to build your business.

“Government should not overlook those who rely on Facebook as their way to promote business, especially small local businesses that will be affected. The government should not focus on the bad side of the platform but also look at people like us,” Agnes said.

Cocoa is the main commodity in her 255 acres of land, and she has 20 full time and 18 part time workers.

Ms Pilopaso has won many business awards locally since she started her cocoa exporting business, and she credits Facebook for giving her the exposure and access to international markets.