The Struggle is Real for Small Business Owners 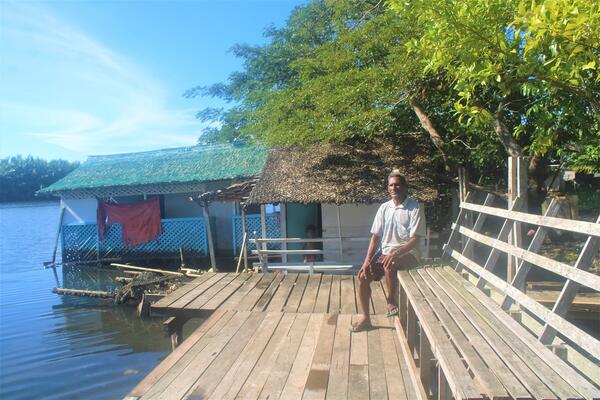 “The floating raft business was suggested by a friend from Philippines, he told me that it was popular with tourists in his country – I saw it as an opportunity so I built this floating house raft."
Source: STO
By Jeremy Gwao
Share
Monday, 02 August 2021 09:45 AM

Ask any small business owners and they will tell you that it is not easy - they get minimal support from government and getting finance from the banking sector is out of reach for many because of the many requirements.

Most small businesses are the struggles of someone with a vision, he or she puts some money together as working capital, and with a prayer and some faith they get into business.

It is not always a success, usually in other countries there are business advisors when one tries to set up a small business. They do market research, work out the working capital for such a business and do projections to see whether the business will make a profit.

Take for example Loewen Pei, he had a novel idea of setting up a small floating raft business, he plowed time and money into the idea and set up a small house raft just outside Alligator creek east of Honiara.

“The floating raft business was suggested by a friend from Philippines, he told me that it was popular with tourists in his country – I saw it as an opportunity so I built this floating house raft.

“Building the house raft was easy because there were plenty of bush materials, but running the business was different. I just did not know how to advertise it or get people to come over,” Loewen said as he pointed to his raft anchored outside his house.

The pandemic has put an end to his dreams, but says he is still hopeful.

“Some people came and saw what I was doing, I gave them small trips around the raft, but it is now not enough to sustain a business.

“This place used to be well known, especially with people around town and even some tourists overseas. So that gives me some hope, when things become better maybe it will pick up again,” Loewen said.

Asked what was the biggest challenge he faced as a small business owner, surprisingly he did not say money – what he said he needed most was proper advice and guidance.

“Sometimes you have good ideas but people who are educated and trained, people who have been outside of the country – they can advise me better, is it a waste of time? or is this a good business? – that is what I need to know.”