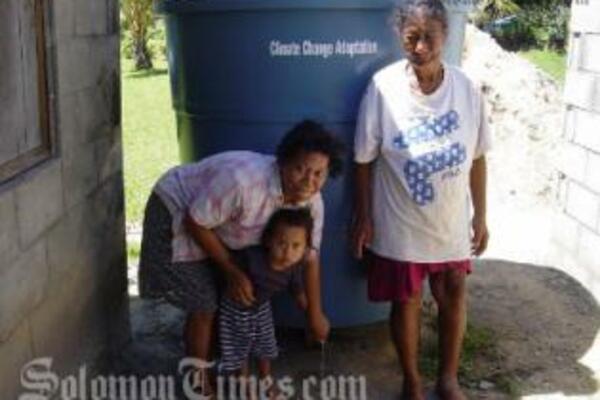 Press Release - Pacific delegations are angered by suggestions that the UN Climate Change Meeting in Copenhagen will lead to a political declaration instead of an international legally binding agreement.

This comes after years of negotiating text for a climate change agreement that the World can agree upon. The most recent climate change talks in Barcelona have seen the legal requirements finally come closer to reaching a stage of agreement. All that is needed now is the political will from developed countries.

"This is urgent, we cannot delay it any further, there is an urgency of wanting to achieve a deal out of Copenhagen," said Andrew Yatilman of the Federated States of Micronesia, the former chair of the meeting for the Secretariat of the Pacific Regional Environment Programme (SPREP).

The Pacific islands contribute to 0.03% of the Worlds total greenhouse gases but are amongst the most vulnerable to the effects of climate change.

A legally binding agreement in Copenhagen is an international vote in favour of keeping the 'Pacific way of life' alive.

Pacific islands nations are already affected by the impacts of climate change with droughts, threat to food security, extreme weather events and coastal erosion for which Pacific people are adapting to.

"Well I think for Nauru, our plea is we come to an agreement for a deal in Copenhagen. Nauru is feeling the impact of climate change food security wise and with water and we think there are more climate change impacts to come," said Russ Kunn, the Secretary for Nauru's Department of Commerce, Industry and Environment.

"It is very important for the sake of all small islands states, there is no time to drag the negotiations but, we need an agreement to be sealed as soon as possible."

The United Nations Climate Change Conference is scheduled for Copenhagen, Denmark, December 7 - 18. The Pacific islands delegations are part of the Alliance of Small Islands States (AOSIS) who is calling upon the international community to reduce global warming by keeping temperature increases well below 1.5 degrees Celcius and emissions below 350 parts per million CO2 equivalents.

"All that's lacking now is the political will to finish the job. Weak political declarations are not the solution. Leaders must come to Copenhagen ready to sign on to new targets under the Kyoto Protocol, and a new broader treaty to bind all countries."

Our key hope now lies on the political will of the developed countries to 'seal the deal' with a legally binding agreement on commitments for greenhouse gas emission cuts and the finance necessary to protect those already suffering climate change impacts.

SPREP are working with the Pacific delegations to provide assistance where necessary in order to ensure the Pacific voice is heard at the climate change negotiations.

"The climate change talks are entering a critical phase where only political will can ensure a legally binding agreement being reached at Copenhagen. The Pacific Island Countries have been quite vocal on the need for an ambitious agreement, but also on an agreement that can be enforced to the highest extent possible," said SPREP's Climate change Adviser, Espen Ronneberg.

For the Pacific region, the reasons why we need a legally binding agreement is viewed with crystal clarity. Some of our communities struggle to have safe drinking water, grow food crops in the ground and prepare ourselves for a harsh cyclone season as they battle against the impacts of climate change.

A legally binding agreement must be committed to at the UN climate change conference in Copenhagen in December, the longer we wait the harder it will be to protect our Pacific way of life.