The EU and Solomon Islands Step Up Cooperation 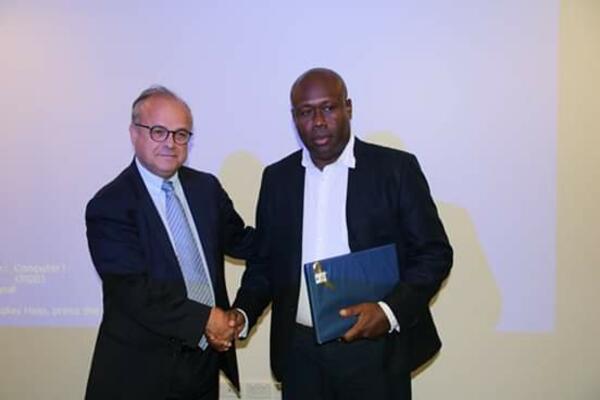 The European Union (EU) and Solomon Islands have agreed on a number of steps to further strengthen their bilateral relationship, including in the common fight against climate change.

In his opening address, Mr Belliard stressed the role partners such as Solomon Islands in the fight against climate change. He described it as a shared challenge to which the EU and its Member States had clearly committed themselves, alongside international partners.

''The EU has a long standing relation and friendship with Solomon Islands and its people, based on a legacy of common values, cooperation, and constructive economic and trade relations. Today's high-level meeting allowed both sides to discuss a wide range of issues of mutual interest and agreed to work closely together for the benefit of both sides" said Belliard.

In addition to the common commitment to the fight against climate change, including through actions in international fora, the EU and Solomon Islands reviewed Solomon Islands' steps towards joining the EU-Pacific Economic Partnership Agreement (EPA), and the priorities for development cooperation. The EU already supports Solomon Islands' efforts to reform and develop its public sector and foster an enabling environment for private businesses. The EU is also contributing to water, sanitation and hygiene infrastructure and rural development in the country.

Belliard welcomed Solomon Islands' interest in joining the existing Economic Partnership Agreement (EPA) and highlighted that the EPA is a true partnership for trade and development. ''I am pleased with Solomon Islands' interest in joining the EPA family and we're working on the accession. The EPA offers opportunities for diversification and strengthening of our economic ties. It generates income and jobs in the private sector. The EPA is one of the EU's main tools to assist developing countries, such as Solomon Islands, on their path to economic growth and diversification of their economies" said Belliard.

Mr. Belliard also reaffirmed the EU’s interest to work closely with Solomon Islands on the strengthening of the EU-Pacific relationship in the context of the ongoing negotiations on the shape of the ACP-EU partnership after 2020. Both parties concurred that the current negotiation to replace the existing Cotonou Development Cooperation Agreement should reflect regional and global priorities that are of interest to Solomon Islands, the EU, and the Pacific region.

Solomon Islands and the EU also reviewed developments in the Pacific region more generally, taking fully into account the outcome of the Pacific Islands Forum Leaders meeting in August in Tuvalu, and Solomon Island's participation in regional programmes, benefiting from EU financial support, such as the 'Pacific Partnership to End Violence Against Women and Girls' of the Spotlight Initiative.

Speaking on behalf of the Solomon Islands Government, Supervising Minister of Foreign Affairs and External Trade Hon. Veke, said the 7th Political Dialogue is yet another opportunity where EU and Solomon Islands can review and take stock of the developments in shared values and to exchange information to foster mutual understanding that would immensely serve as a conduit for the consolidation and further strengthening of our long forged relations.

Hon Veke said the past dialogues had greatly contributed to deepening our relations and cooperation in many areas of our partnership under the Cotonou Agreement.

“To mention a few, our programming of the 11th EDF to uphold key principles of “the Agenda for change”. For instance, the current EU programming of 11th EDF in Solomon Islands is based on the National Development Strategy and the Medium Term Development Plan priorities,” Hon. Veke said.

Hon. Veke said Solomon Islands welcomes the good progress made in the Pacific Regional Protocol (PRP) negotiations, building on the work that has been undertaken since the negotiations began in July 2018, in the context of the ACP-EU partnership after 2020.

“For PACP the negotiations identified areas of convergence, and collectively there is a good basis to continue discussions on the future partnership between the Pacific region and the EU while guided by PACP regional priorities articulated by Pacific ACP Leaders during the recent Pacific Islands Forum Meeting in Tuvalu.

"The ACP partnership with the European Union is crucial and we will continue to find ways to strengthen and improve this partnership,” he said.

Hon. Veke commended the EU, for the unwavering commitment to the ACP-EU Partnership and the assistance provided to ACP countries, including the Solomon Islands.

It is envisaged that the next Political Dialogue between the parties will be held in Brussels, Belgium in 2021.