The Carols Are Back 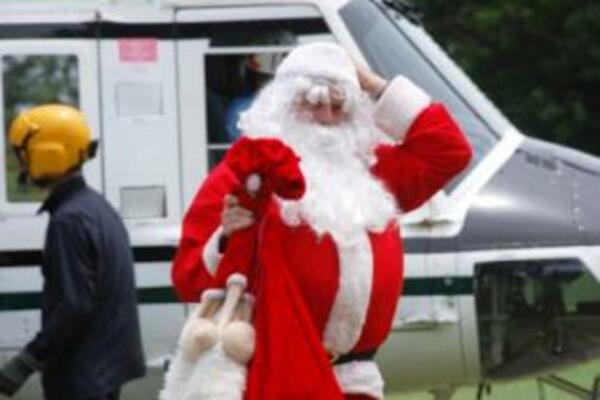 Santa adjusts his hat after a landing practice for next week's 'Carols in the Islands', to be held at Lawson Tama Stadium on Saturday 12 December.
Source: Photo Supplied
Share
Monday, 07 December 2009 07:02 AM

The Carols are back. And this year, they are set to be bigger and better than ever. Carols in the Islands, presented by DJ League and RAMSI, is held each year at Honiara's Lawson Tama Stadium, with over 10,000 people attending last year's event.

Now in its third year, the event features a host of performers from across the Solomons and the wider Pacific.

"Carols in the Islands has become an integral part of Christmas celebrations in Solomon Islands," said RAMSI's Deputy Special Coordinator, Justin Fepulea'i. "It is traditionally one of many families' last evenings together in Honiara before they depart for their home provinces, and is always one of the biggest highlights of the festive season."

Inca Chow, CEO of DJ Graphics said that the family-friendly style of the event was one of the key reasons for the remarkable appeal of the Carols in the Islands event.
"Carols really is a wonderful night for the whole family," said Mrs Chow. "Everyone can come together to sing some classic Christmas carols, have many laughs, and enjoy a wonderful night of entertainment," she said.

Santa will be making a return to Honiara for the event, and will be again arriving by helicopter before boarding the 'RAMSI Express', the popular train that will be travelling throughout Lawson Tama Stadium.

"I would like to thank the RAMSI Participating Police Force for supporting the event with a team of dedicated volunteers, and for helping to bring Santa to the Carols in style," said Mrs Chow.

Along with the usual favourites, this year's event also sees plenty of new additions. The Carols in the Islands Festival, to be held between midday and 5:00pm prior to the Carols concert, will feature stalls, games and plenty of Christmas prizes for kids.