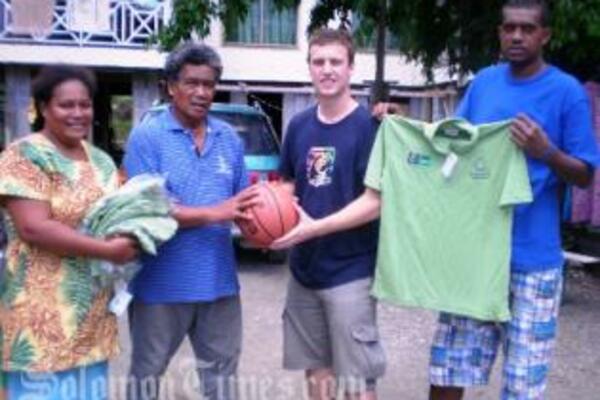 FIBA Oceania has shown its support to the organizers of the upcoming Tengemoana Construction Basketball Tournament that is planned to be held in Bellona Island, Rennell Bellona Province in December later this year.

The major sponsor of the tournament, Tengemoana Construction will be providing the cash prize for the Inter-Ward Tournament that will see wards 7, 8, 9 and 10 battling it out on the basketball court. Mr Moses Tengemoana also said that "With a good cash prize on offer I am hopeful that we will have wards from Rennell Island also represented to make this a truly provincial tournament."

The tournament is planned to start on 26th December and is likely to be a highlight of the end of year activities in Bellona. Tournament Director Mr. Moses Au said that: "It's important to start planning early so that we are well prepared for the event. We are now doing our best to gather support and we are grateful that FIBA Oceania has been able to provide us with 8 Referee/Official Polo Shirts so that we can run the most professional looking competition possible."

Visiting FIBA Oceania Zone Development Officer, Mr. Ryan Burns thanked both
Tournament Sponsor Mr. Moses Tengemoana and Tournament Director Mr. Moses Au
for great initiative and enthusiasm. Mr. Burns said that "competition is the essence of what basketball is all about and it is important for this competition to be played all over Solomon Islands, not just in Honiara. This is going to be a great tournament, and I am hopeful of attending later in the year to give it my full support."

The Tengemoana Construction Basketball Tournament will be held in Bellona from 26th
December this year. All interested people are urged to contact Mr. Moses Au for further information.