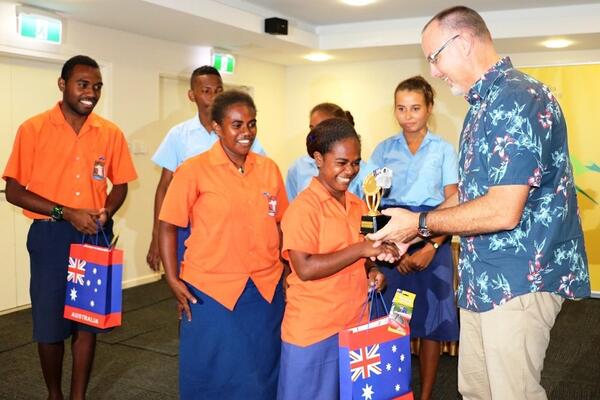 The adjudicators from the Australian High Commission, the Ministry of Environment, Solomon Islands National University and University of the South Pacific found it difficult to separate the teams, which all demonstrated an in-depth knowledge of climate change and disaster risk reduction policy. Still, a winner had to be declared.

St Joseph’s Tenaru narrowly defeated Betikama in the debate ‘adaptation is a better response to climate change than mitigation.’

Selwyn College edged out St Nicholas School in the debate ‘small island states like Solomon Islands have a great obligation to combat climate change than other countries.’

The G’Day Solomon Islands Great Debate is a part of the Australian High Commission’s annual public diplomacy program and a stepping stone to regional debating competitions.