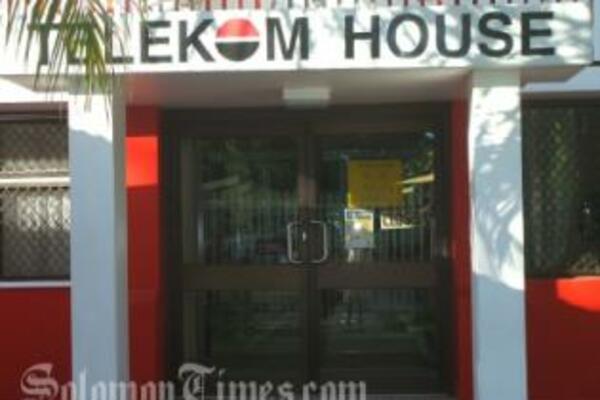 Solomon Telekom Limited received a new license in exchange for its old license, ending its monopoly over telecommunications services in the country.
Source: STO Archives
Share
Tuesday, 08 December 2009 11:01 AM

Yesterday, Solomon Telekom Limited received a new license in exchange for its old license, ending its monopoly over telecommunications services in the country.

The exchange of licenses was a requirement of the Telecommunications Act 2009 and the Government's Settlement Agreement entered into earlier this year with Solomon Telekom.

Prime Minister Dr. Derek Sikua said, "This is a key milestone in a process which has lasted over a year. We look forward to a new mobile telecommunications provider launching services in about six months' time".

"We expect that competition between Solomon Telekom and the new mobile provider will bring the population and business community significant improvements in quality, price and coverage of services".

"We also look forward to welcoming other providers to the market after April 2011 as permitted by the Telecommunications Act".

The Prime Minister said "Government's policy is to encourage investment and competition to ensure that modern telecommunications serve as a platform for economic growth and social cohesion."

A new license for a mobile telecommunications provider is expected to be granted in the next ten days. An Evaluation Committee established by the Telecommunications Act intends to conclude the tender process and make the award shortly.

Government understands that the Evaluation Committee is currently conducting a selection process for the new Telecommunications Commissioner who will be responsible under the Telecommunications Act for regulating the competitive market.