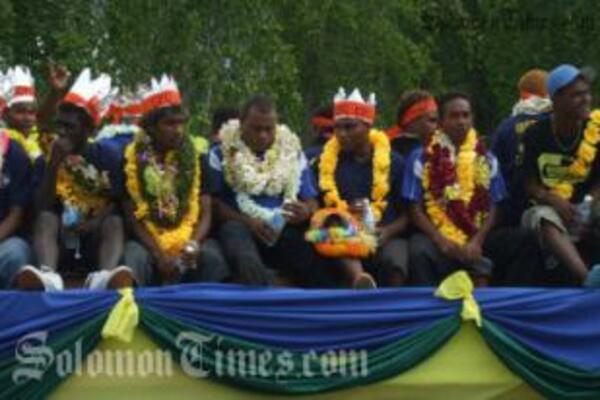 The national Kurukuru FUTSAL team captain said his players' deep understanding of each other and how each individual played was a central factor to the team's successes.

Elliot Ragomo made the statement at the Kurukuru team's Thanks Giving Service over the weekend, held to thank God for the team's recent win at the OFC FUTSAL championship in Fiji.

Mr. Ragomo said most of Kurukuru's players had played together since they were in the under 12 age category and over the years had developed a deep understanding of each others' playing styles.

He said the Kurukuru players' ability to anticipate each others' moves during matches played a key role in the team's success at the recent OFC championship.

Reflecting on his team's performances, the young captain said Kurukuru was a more mature side this year and the team had improved since its first international outings last year.

The young team captain also thanked the team's parents and the Solomon Islands Football Federation (SIFF), stating that the team could not have achieved as much as they had without their support.

The national Kurukuru team will represent the Oceania region at a world championship in Libya later this year.