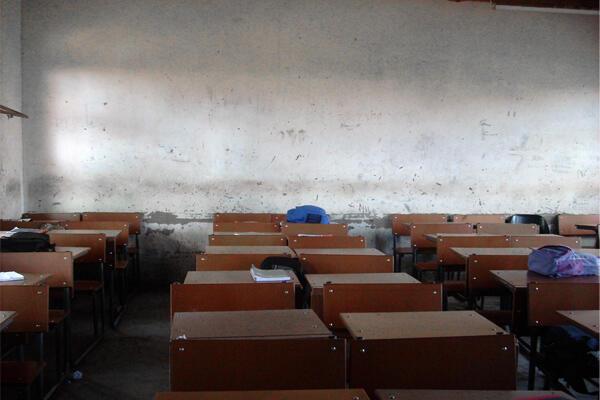 Mr. Faisi says the government has one week to pay teachers, or they will strike for the second time this year.
Source: Photo supplied
Share
Monday, 25 February 2013 09:38 AM

Teachers in Solomon Islands say they will go on strike again on the 4th of March unless the Government pay up what was promised.

The President of the Solomon Islands National Teachers Association, or SINTA, Samson Faisi, says under an agreement signed after the last strike, teachers were due to receive money to make up for what they were underpaid in 2012.

Mr Faisi says part of this pay was due yesterday, but it hasn’t shown up.

He says the government has one week to pay teachers, or they will strike for the second time this year.

“The due date is the 28th of February, that is Thursday next week. And if the government fails to honour that then the next option is for us to take a nationwide strike, or we have to take the Government to court. SINTA, we just want to go for a nationwide strike so the impact can be felt by the whole of the nation. Whether they like it or not, we just have to take that action.”

Meanwhile, the Ministry of Education has also confirmed that there are ‘ghost teachers’ in the payroll system, which is causing the delay in the payment of the teachers. The Ministry stated that they are yet to verify the 289 teachers, which they believe, are mostly "Ghost Teachers" and must be taken out of the payroll.