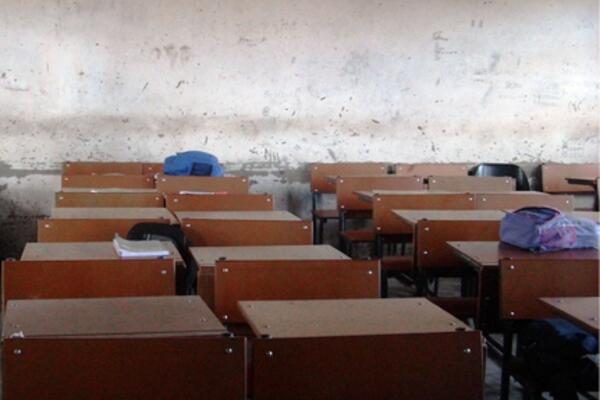 Because of the strike, parents are now suggesting that authorities be lenient with cut off marks for entry into national, secondary and community schools in 2014.
Source: Photo supplied
Share
Wednesday, 03 April 2013 07:05 AM

Members of the Solomon Islands Teachers Association, SINTA, across the country continue to remain on strike despite warnings issued by the Ministry of Education and Human Resource Development to resume classes.

SINTA President Samson Faisi expressed his appreciation towards all members who have shown unity in their stand for the government to deal with issues important to them.

He stated that SINTA will not call off the strike if the government does not address their re-leveling and arrears payment issue.

President Faisi says, the Secretary to Prime Minister has called for an urgent meeting with the government today morning, further stating that the association will only welcome news of what the government is doing to settle the issue.

Meanwhile, students are already feeling the pinch after having already lost more than a month of class as a result of the series of strikes.

As the current strike enters another week, final year students have expressed concerns on the likely effects this will have on their performances, since they will be sitting for their final exams at the end of this year.

Because of the strike, parents are now suggesting that authorities be lenient with cut off marks for entry into national, secondary and community schools in 2014.

However, Acting Director of National Examination Standard Unit, Ms. Linda Wate says cut-off marks for schools vary each year, depending on the performance of students in their examinations and assessments.

Linda Wate explains that the cut-off marks for schools throughout the country is set by a computer software which sets the marks according to the performance of all students sitting the national exams.

Mrs. Wate clarifies that if students perform well in a particular year, the cut-off marks for the three categories of schools will also be increased and likewise the opposite happens.

Mrs. Wate adds that space availability in schools are also a contributing factor to the cut-off marks.

The Acting Director says her unit always takes into consideration topics teachers cover in their classrooms.

She says the National Examination Standard Unit will only formulate questions for national exams, based on topics covered during an academic year.