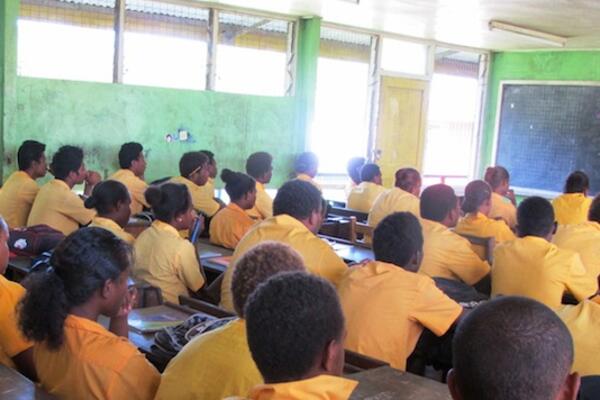 Students waiting to begin classes have to wait and see how government responds this Thursday.
Source: Photo supplied
Share
Tuesday, 15 January 2013 08:31 AM

Mr Faisi says that the government had failed to honour an agreement signed with SINTA, one of which was the review and restructuring of teachers salaries. He says that teachers are some of the worst paid public servants in the country, and “not much has been done to address this.”

Mr Faisi confirms that the deadline is this Thursday, with teachers throughout the country preparing to support the strike. He says teachers in Honiara are organizing themselves for the pending strike.

“We have been very understanding, we have deferred other issues such housing and leave passage to the 1st of April 2013,” he said.

"So for now we are just focusing on teachers pay, depending on how government chooses to respond, the 17th of this month will see teachers going on strike, just to be sure we will organize a meeting with teachers in Honiara and let them decide."

But he says teachers are united in this course of action and a nationwide strike action will more than likely take place.

“If the government does not pay our arrears by Thursday this week, all teachers on Guadalcanal will go on strike," he says.

Teachers in Malaita have also expressed the same support for a strike action.

The government is yet to respond to the demands, although it is understood they are putting a team together to address teachers concerns.