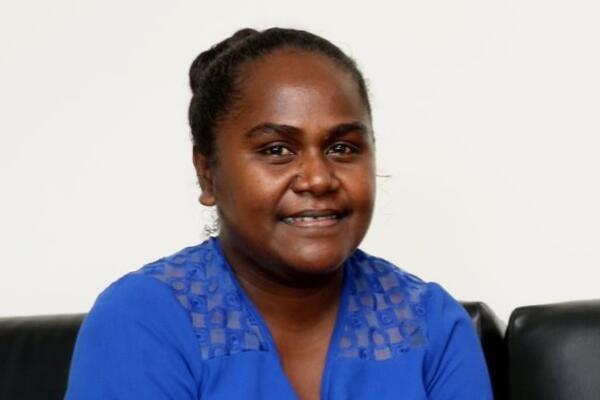 Lanelle Tanangada, is a graduate from the University of Waikato in New Zealand, and is a teacher by profession.
Source: Georgina Kekea/Twitter
Share
Friday, 05 April 2019 16:12 PM

Lanelle Tanangada has defeated, for the second time, former Prime Minister Gordon Darcy Lilo in a closely contested election in the Gizo/Kolombangara Constituency.

Lanelle Tanangada is the wife of former MP Jimson Tanangada who lost his seat in an election petition against his 2014 victory, brought on by Gordon Darcy Lilo.

Lanelle Tanangada, is a graduate from the University of Waikato in New Zealand, and is a teacher by profession.

Tanangada stood as an Independent candidate in the 2018 by-election for the Gizo/Kolombangara constituency. She polled 2580 votes ahead of Gordon Darcy Lilo with 1593 votes.

Lanelle Tanangada became the first ever woman in the Western Province to be elected into Parliament when she won the by-election in 2018.

She is a member of the Kandere Party.