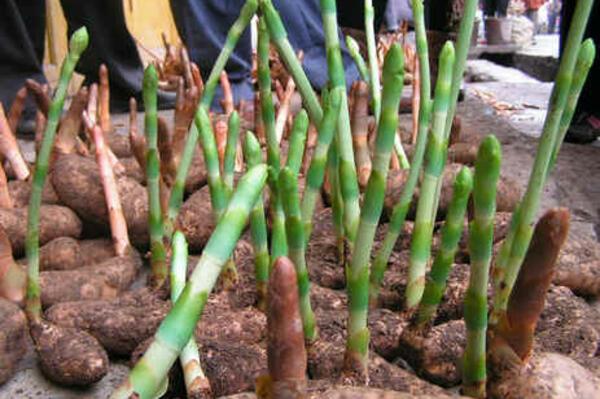 "It is really exciting," said the 30-year-old. "Local botanists haven't had a chance to examine the plant thoroughly to see if it has any further applications in Chinese medicine."
Source: Photo supplied
Share
Thursday, 20 June 2013 08:07 AM

A Taiwanese researcher studying biodiversity on the Solomon Islands said Wednesday that he has found a rare plant in the South Pacific country traditionally used in Chinese medicine.

The discovery of Gastrodia solomonensis, which belongs to the orchid family and grows on rotting plants, could contribute to Taiwan's understanding of gastrodia, which is used to treat headaches and dizziness but has never before been found in a tropical climate.

Most gastrodia live in temperate climates, but the species found on the Solomon Islands prefers heat and humidity, which means it could be introduced to Taiwan, said Hsu Tian-chuan, the National Tsing Hua University doctoral student who made the discovery.

Hsu said his team might bring seeds from the plant back to Taiwan later this year to grow gastrodia here and learn more about it while also providing raw materials for gastrodia-based Chinese medicine so it no longer has to be imported from China.

"It is really exciting," said the 30-year-old. "Local botanists haven't had a chance to examine the plant thoroughly to see if it has any further applications in Chinese medicine."

The discovery of the new plant also indicates that the Solomon Islands' rich botanic resources have not yet fallen victim to deforestation and global warming, Hsu said, giving scientists the chance to draw up preservation projects as new species are found.

Taiwan can share its experience in plant preservation with countries that are vulnerable to ecosystem collapse, Hsu said.

The plant was just one of the 2,522 plants researchers from Taiwan's National Museum of Natural Science and Japan's Kochi Prefectural Makino Botanical Garden have found in the Pacific island country since last June.

Among the plant species found by the researchers is one suitable for the production of paper, which could one day reduce the need to cut down trees to make the product.

During their five-year project, the teams hope to fully catalogue the flora of the Solomon Islands, which has over 7,000 indigenous plant species, compared with Taiwan's 4,100.