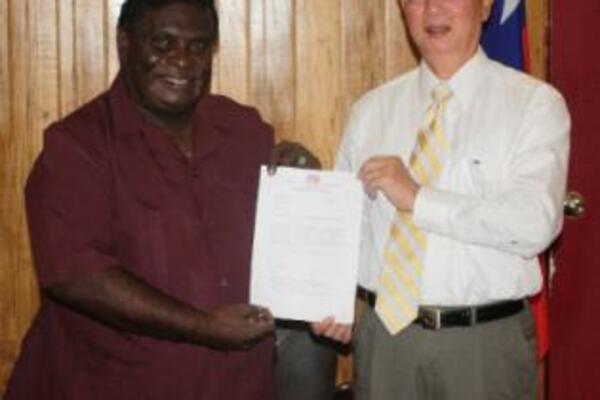 The funding support will cover 46 constituencies after the ROC government has
received 46 acquittal reports of the "2010 RCDF" from those 46 constituencies
through the Ministry of Rural Development few weeks ago.

The remaining amount of SB$1.2 million will be released later upon submission
of acquittal reports by the other four remaining constituencies.

Ambassador Wu said the funding will contribute enormously to the alleviation of
poverty and improvements in the quality of life for rural area people while Taiwan
will continue to support Solomon Islands Government policy to advance the
development of rural villages.

In response, Prime Minister Philip thanked the Government and People of
Taiwan for their sincere ongoing support to the people of Solomon Islands.

"The funding will bring genuine benefits to the majority of Solomon Islanders in
rural areas and enhance their welfare," Prime Minister Philip said.