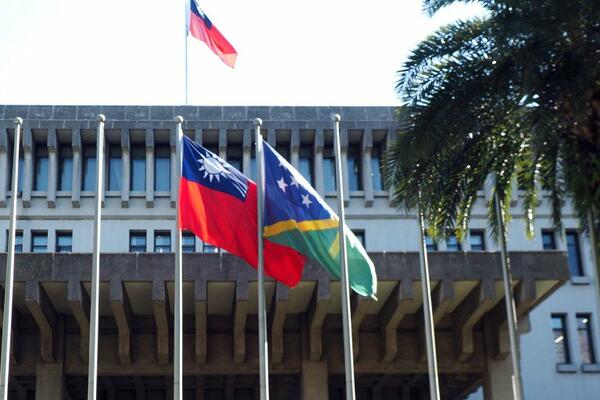 Taiwan has released a statement formally terminating its 36 year alliance with Solomon Islands.

STATEMENT BY THE REPUBLIC OF CHINA  (TAIWAN)

The government of the Republic of China (Taiwan) finds this decision extremely regrettable and strongly condemns it. The government hereby declares the termination of diplomatic relations with Solomon Islands with immediate effect, the end of all bilateral cooperative projects, as well as the recall of the staff of its Embassy, technical mission, and medical mission stationed in Solomon Islands. The Taiwan government also demands that Solomon Islands immediately recall its government personnel from Taiwan.

After taking office in April this year, Solomon Islands Prime Minister Manasseh Sogavare announced a reassessment of the country’s external relations, including diplomatic relations with Taiwan, based on principles of overall national interest, lawfulness and transparency.

He publicly stated that the Solomon Islands government would refer to four reports from government agencies, as well as public opinion expressed by civil organizations, before coming to a final decision. During bilateral talks with Foreign Minister Jaushieh Joseph Wu this August, Prime Minister Sogavare reiterated this position.

However, Prime Minister Sogavare and his Cabinet ultimately made this critical diplomatic move based solely on a highly biased, so-called “Bipartisan Task Force” report, which is full of fabrications and blatant misinformation. Prime Minister Sogavare has not only broken his own public promise, but also disregarded the fruits of the 36 years of cooperation between Taiwan and Solomon Islands. Taiwan believes that the majority of the Solomon Islanders will find the decision unacceptable since it completely lacks credibility.

The government of China has once again resorted to dollar diplomacy and false promises of large amounts of foreign assistance to buy off a small number of politicians, so as to ensure that the government of Solomon Islands adopted a resolution to terminate relations with Taiwan before China’s National Day on October 1.

Beijing’s purpose is to diminish Taiwan’s international presence, hurt the Taiwanese people, and gradually suppress and eliminate Taiwan’s sovereignty. It is absolutely evident that China, through this case, deliberately seeks to influence Taiwan’s upcoming presidential and legislative elections.

The government strongly condemns China’s attempts to suppress Taiwan, and calls on the people of Taiwan to continue to uphold our national sovereignty, champion the principles of freedom and democracy, reach out to the international community, and serve as a force for good in the world.

Taiwan has never capitulated under any setback in the international arena. Nor has it ever been defeated by any attempt at suppression. The more challenges Taiwan has faced, the more determined it has become. Taiwan has shown the international community that, faced with the expansionism of authoritarian regimes, will stand firm on the frontlines of democracy and remain staunchly committed to serving as an example to the world.

The government of Taiwan solemnly urges the international community to recognize China’s continued efforts to expand its authoritarianism, set debt traps for other countries, and fulfill its strategic goals and gain influence in the Indo-Pacific region through a wide array of aggressive actions. Free and democratic countries have no alternative but to unite together to maintain a free, open, stable and prosperous Indo-Pacific, and jointly defend the shared values of democracy and human rights.