Taiwan is No Longer Competing With China: President Ma 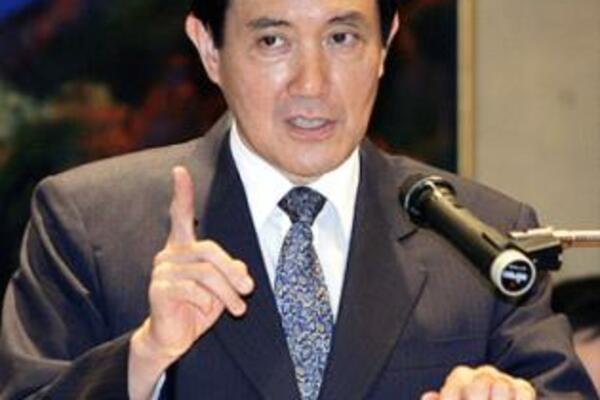 President Ma Ying-Jeou says Taiwan has ceased "its diplomatic tug-of-war with China and the two sides are now working in a dignified and cooperative manner."
Source: Photo Supplied
Share
Tuesday, 30 March 2010 08:07 AM

Taiwan President Ma Ying-Jeou has become only the second State Leader to address Parliament, and he used the opportunity to highlight the importance of its relationship with the Solomon Islands and other allies in the Pacific.

Parliament had earlier passed a motion allowing President Ma Ying-Jeou of Taiwan to enter the Parliament dais. The motion was moved without notice by Prime Minister Dr Derek Sikua.

President Ma used the occasion to reiterate an election promise he made, the fact that "Taiwan is no longer competing with China for allies in the Pacific."

President Ma Ying-Jeou says Taiwan has ceased "its diplomatic tug-of-war with China and the two sides are now working in a dignified and cooperative manner."

China claims sovereignty over Taiwan, and the two had vied for diplomatic recognition in the Pacific before a truce was struck after President Ma took office in 2008.

President Ma, in his inaugural address, laid out his promise in dealing with cross-strait relations that there would be "no reunification, no independence and no war" during his tenure as President.

A Time Magazine article published in the August 11, 2008 edition of the magazine said that in less than three months, "relations between Taiwan and China have arguably seen the most rapid advancement in the six-decade standoff between the two governments."

What this means for Taiwan's Pacific Allies is not yet certain, although one thing is clear for the Solomon Islands, President Ma has heard firsthand the misuse of Taiwanese aid money. President Ma has stated that it is "unacceptable," a statement that would be appreciated by the majority of Solomon Islanders who struggle daily to make a living.

President Ma has returned to Taiwan certainly with fond memories, but many Solomon Islanders are expecting that something is done to ensure that the millions in aid money pumped in annually by Taiwan reach those that need it the most.

The President has been touring the six Pacific countries Taiwan has diplomatic ties with, Kiribati, Tuvalu, Nauru, the Marshall Islands, Palau, and Solomon Islands.