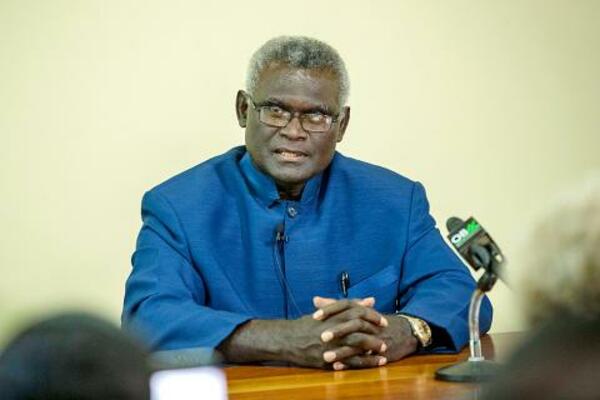 Luo congratulated Sogavare on winning a fourth term and expressed the hope that the two nations will continue to strengthen their ties, Taiwan’s embassy in the Solomon Islands said on Facebook on Saturday.

Sogavare said he looks forward to enhanced cooperation on economy, trade and healthcare.

Taiwan’s ties with the South Pacific island nation came under scrutiny after media reports that senior Solomon Islands politicians, including former Solomon Islands prime minister Rick Hou, would review the natin’s diplomatic ties with Taipei if elected, raising the possibility of a diplomatic switch to Beijing.

Sogavare said in an interview on Tuesday with the Solomon Islands Broadcasting Corp that he is maintaining the “status quo,” adding: “But it is something that we will continue to develop, it is not hard and fast and fixed.”

“The principle that we follow in diplomatic relations is of course we look at other things as well, how do we benefit from that relationship,” the broadcaster quoted him as saying.

Solomon Islands Ambassador to Taiwan Joseph Waleanisia on Thursday said that his nations was drafting a policy position on relations with countries with which it has diplomatic ties, including Taiwan.

“For now, the prime minister has stated diplomatic relations with Taiwan remain unchanged. It is important that media outlets do not mix this up with public opinion and unqualified news posts, including social media,” Waleanisia said.

Unless the Solomon Islands government decides otherwise, diplomatic relations between the two nations remain cordial and intact, he added.

Following an inconclusive election on April 3 in which no single party won a majority, Sogavare won the backing of 34 of the nation’s 50 members of parliament in a controversial runoff on April 24, with his opponents boycotting the vote.